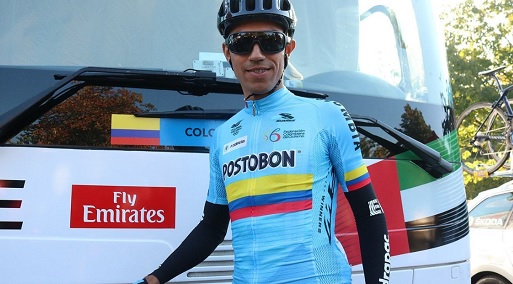 BOGOTÁ. A list of 23 cyclists (in the course of the week will be defined the last man’s quota for track and route) are confirmed to represent the country in the next edition of the Pan American Games in Lima, which will take place on July 26 at August 11.

The most important sporting event on the continent, will have for the first time five cycling modalities officially registered in the competition program, thanks to the entrance of the BMX Freestyle, a specialty that had its foray in the last Olympic Youth Games, and that of The same way is already part of the competitive program of the Colombian Cycling Federation.

Diana Morán Atehortúa will be the representative of the country in the prestigious competition, guided by the coach of the modality, Alejandro Serna.

The wide list includes the presence of the current national time trial champion and member of Education First, Daniel Felipe Martínez, who together with Brandon Rivera, the Pan American champion of the specialty, will lead the baton in the challenge against the clock.

Once the time trial is over, Martinez will join his team to play the Tour of Utah, in the United States.

Mariana Pajón heads the BMX list and Leonardo Páez will be the main MTB card. On the track there will be a select and varied number of cyclists with qualified experience in international events, among them Juan Esteban Arango, who will seek for the second time in his career, a quota in the Olympic Games.

It should be noted that track cyclists will also be eligible to face the road tests. (Fedeciclismo Colombia)