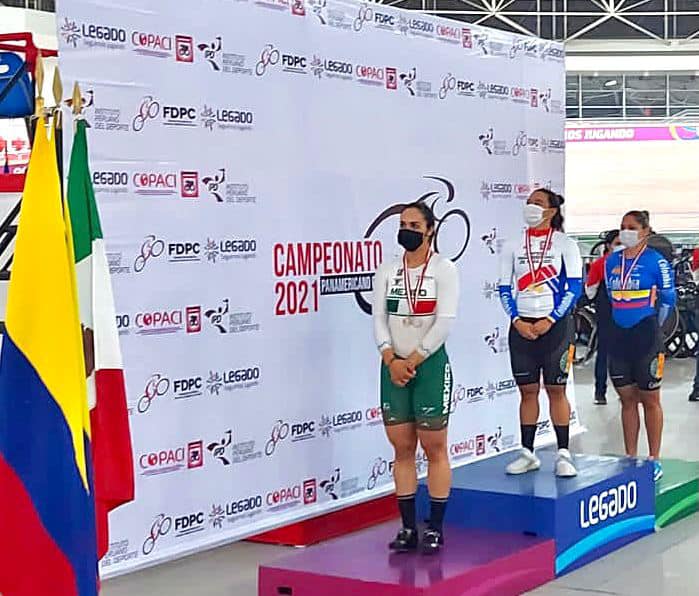 With an enviable sporting form, Colombian cyclists did not miss any of the titles in dispute on the third day of the Pan American Track Cycling Championship, thereby consolidating themselves at the top of the medal table with eleven crowns in 13 events. held.

The always supersonic speed test for women, the well-known Martha Bayona covered a competition without defeats, until she won for the gold against the Mexican Yuli Verdugo, who could not win either of the two sprints. For the bronze, another representative of the coffee land, Juliana Gaviria defeated the Guatemalan Joanne Rodríguez.

The closing of the omnium could not have been more spectacular, as Lina Fernández reached her third gold medal at the VIDENA velodrome in Lima, and left Canadian Maggie Coles-Lyster and Mexican Victoria Velasco for second and third place, respectively. Fernández won three of the four events and was only second in the tempo test, dominated by the northern Coles-Lyster.

Of the 14 names who had in mind to win the individual pursuit, only one took the maximum trophy, the Colombian Brayan Sánchez, who clocked 4: 26.230 and a speed exceeding 54 kilometers per hour, enough to become the new continental champion of this historical modality.

In silver was his teammate Bryan Gómez (4: 27.038), while the bronze was obtained by Mexican Edibaldo Maldonado (4: 28.154). “I am very happy with my personal result and that of the entire Colombian team,” Sánchez told the media that cover the event.

Finally, the closing of the Sunday day corresponded to the points race and Bryan Gómez did not believe in the fatigue of the day and was crowned monarch, after winning the last of the 12 sprints, as the Chilean Felipe Peñaloza also finished with the same amount of units 56. In bronze the Venezuelan Robert Sierra contributed with 51 cards the first medal for his country in this contest.