COLOMBIA, READY TO FACE THE VALUES OF THE WORLD TRACK CUP 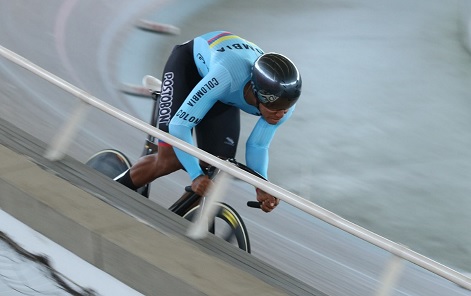 BOGOTÁ. Four representatives of the national team Manzana Postobon will be present from November 1 at the beginning of the World Cup series, events that will serve to add and seal the classification to the next Tokyo 2020 Olympics.

Those directed by Jhon Jaime González will be presented in the first of the six valid at the Minsk velodrome, Belarus, from November 1 to 3, with Martha Bayona, Juliana Gaviria, Santiago Ramírez and Kevin Santiago Quintero, one of the pleasant revelations of the season in speed tests.

Quintero will seek his first classification to an Olympiad, while Martha Bayona and Santiago Ramírez will go for their second consecutive participation after having debuted in Rio 2016.

For Juliana Gaviria, the most experienced of the call, it would be her third foray into the most important sports events in the world after having participated in London 2012 and Rio 2016.

The national team Manzana Postobon, supported by the Colombian Cycling Federation and the Colombian Olympic Committee, will complete the first part of their tour of Europe in Glasgow, Scotland, in the second stop that will take place from November 8 to 10. (Fedeciclismo Colombia)