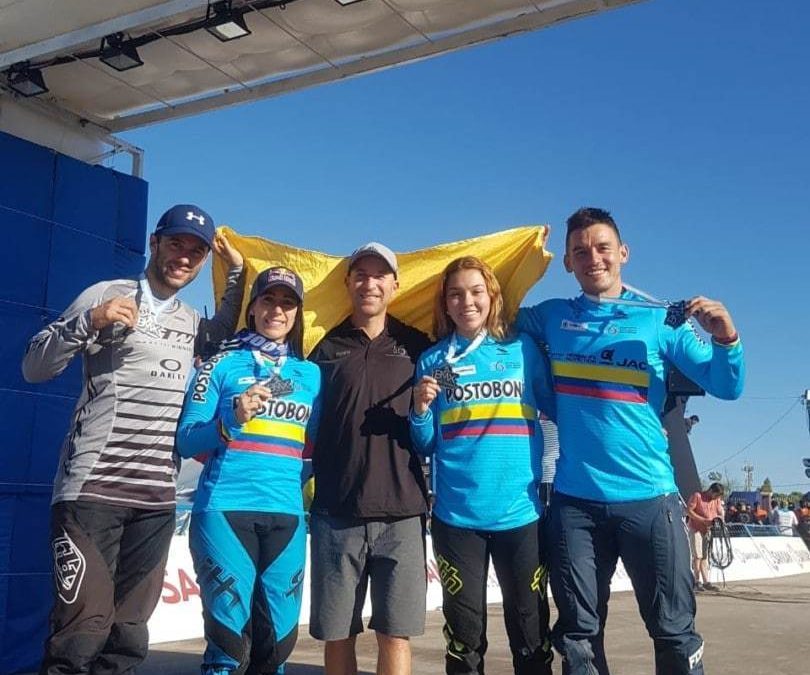 BOGOTÁ. Next Sunday, April 21, the national BMX team will travel to European territory to face the international tour of World Cups in England and Holland, appointments of vital importance to continue advancing in the goal of obtaining points for the Olympic Games Tokyo 2020

National coach Germán Medina has chosen a group of five pilots, led by the current Pan-American champion and Olympic double champion, Mariana Pajón, who will meet again with the high competition of Europe after 9 months of recovery in his knee.

Next to her will be the Olympic medalists Carlos Alberto Ramírez and Carlos Mario Oquendo, as well as the talented Diego Arboleda and Gabriela Bolle.

“We are starting this process, especially with the World Cups which are the competitions that give the most points and where differences are really marked, there are other competitions like the C1, the national and continental championships, but really the World Cups and the World Cups are those that will definitely mark the way to know which countries will compete with three, two or one athlete in Tokyo 2020, “said Medina, who will count in the contest with a revitalized and enthusiastic selected to achieve the objectives.

“Fortunately, everyone is free of injuries, healthy and returning to the level we had in the middle of last year. We expect things to go well within the budget, which is at least to keep up with an athlete in ladies and men always classified (to the finals). But we hope to have two in each category, “said the coach.

Regarding the return of Mariana Pajon to the high competition, she analyzed: “She had a nine-month wait, her surgery was more complete to be able to secure that ligament as best as possible to the insertion in the bone and it has been difficult for her to recover. It is already competing. Still, logically, he needs to gain more muscle mass, speed, safety on the track and precision but that is acquired with the skills. “

The delegation will be in Europe for a period of one month with the aim of competing in rounds 1 and 2 of the World Cup in Manchester (27 and 28 April), then 3 and 4 in Papendal (11 and 12 May), and During that period, I did some training sessions on the track in Zolder (Belgium) with a view to the world championship, in the month of July. (mundociclistico.com)