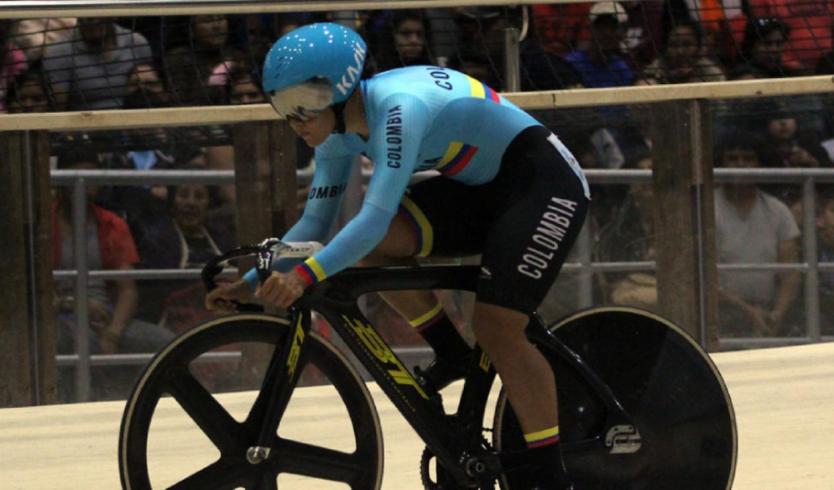 BOGOTÁ. The Track World Cup continues to advance and a new stop is coming to close this 2018. The cyclists that make up the Colombia National Team are already prepared to take on the challenge of facing the best nations on the planet.

Martha Bayona and Kevin Sebastian Quintero will leave this Tuesday (December 11) for the event that will take place at the Lee Valley Velopark velodrome in London, the capital of Great Britain, between the 14th and the 16th of this month.

Bayona, world runner-up in the Keirin category in 2016 and bastion for the Olympic cycle, will once be one of the strong cards of the national team led by John Jaime González; who has the other side to one of the revelations of the track in this validates world, the vallecaucano Kevin Santiago Quintero.

Both stood out in the third stop of the Track World Cup, whose seat was Berlin (Germany), as they reached the final rounds; even Quintero reached the final of the men’s keirin after being one of the strongest competitors in the quarters and the semifinal.

At the beginning of 2019 the last two valid ones will be played: Cambridge, in New Zealand, from January 18 to 20 and Hong Kong from January 25 to 27, to then concentrate on the World Cup in Poland. will take place in the first week of next March.

“We hope that the boys will reach a point with good speed and strength to the World Cup in London, in order to continue accumulating points for what will be the World Championship in Poland and continue adding in the Olympic ranking,” said John Jaime Gonzalez, director of the Colombia Cycling Team, to the Cycling World Magazine portal. (Taken from RCN Radio)