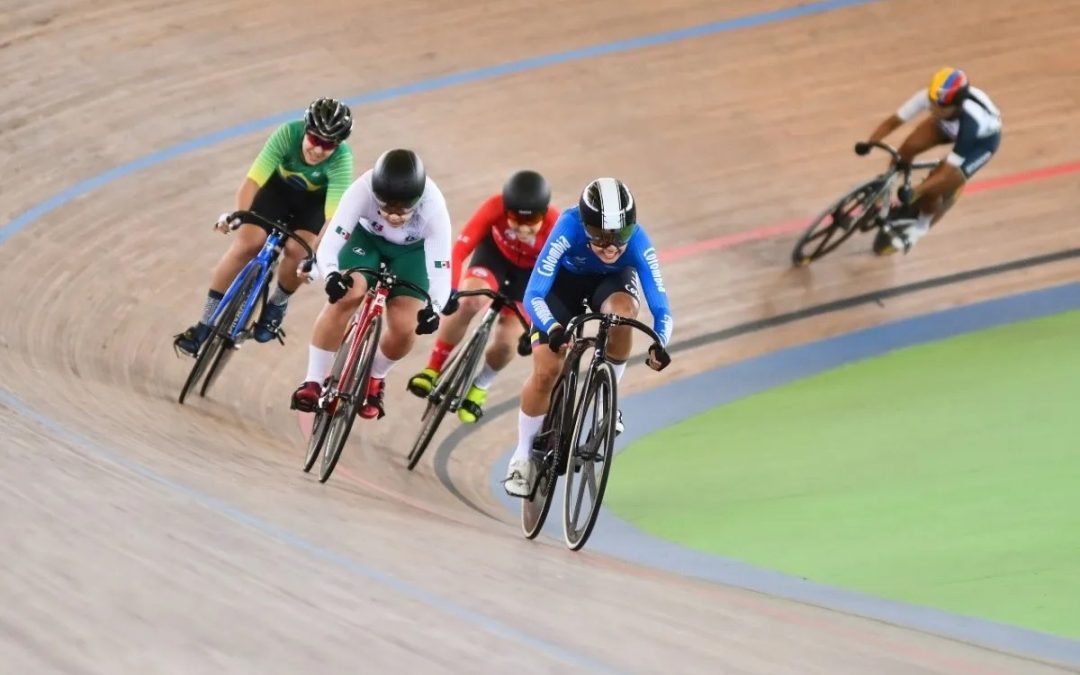 The two titles in dispute this Saturday at the Alcides Nieto Patiño velodrome ended in the breasts of Colombian cyclists: the female pursuit team and sprinter Marianis Salazar. So far, track cycling at the I Junior Pan American Games has only hosted the only golden nation.

It all started early in the morning when Marianis Salazar from Barranquilla qualified first in the Keirin Heat 1, ahead of Argentine Valentina Luna and Costa Rican Abigail Recio, who also made their way to the final.

In Heat 2 of the same test, the other Colombian in the contest, Valeria Cardozo, prevailed over the Mexican María José Vizcaíno and the Brazilian Julia María Constantino, so everything was ready for the night session, where six runners sought to make history with the title of Keirin champion at the I 2021 Junior Pan American Games.

A correct strategy to start with everything when the bike left the track produced the second gold of these Games to Marianis, who broke the final sprint ahead of her teammate Valeria Cardozo and Argentina’s Luna Valentina, silver and bronze, respectively.

“I am very grateful to God for this victory that I dedicate to my family who had the opportunity to come to this city to see me run,” commented runner Marianis Salazar to the accredited media.

As for the women’s team chase, the local quartet, made up of Lina Mabel Rojas, Lina Marcela Hernández, Elizabeth Castaño and Mariana Herrara, faced no problems to win the crown by beating the whole of Mexico, while Chile took the last place on the podium by dominating Brazil.

“We are very happy for this victory, we had been working quite hard, we had envisioned it and it was a goal that we had set for ourselves several months ago and we are very happy because we managed to get this beautiful gold,” said the rider Lina Hernández on behalf of the group.

The men’s speed show was dominated by Colombians Cristhian Ortega and Carlos Daniel Echeverry, who qualified for the quarterfinals with the best times. From the headquarters it was known Cristian Ortega achieved the second best mark in the history of the Alcides Nieto Patiño velodrome in individual speed.

The Barranquillero Ortega did 9,665 seconds, a time with which he makes history after achieving the second best mark made at the Alcides Nieto Patiño Velodrome in Cali after that of the Trinidadian Nicholas Paul that he achieved this year in the 2021 Nations Cup.

With that result, the Colombian rider will face Cuban Dairon Aramis Ortega for the passage to the semifinal. As for Carlos Daniel Echeverry from Antioquia, he will face Brazilian Vinicius Guimaraes Da Cruz after setting the second best time of the day with a mark of 10,109.

This Sunday the new champion of men’s speed will be known, as well as the most comprehensive rider, since the medals will be distributed in the women’s omnium.