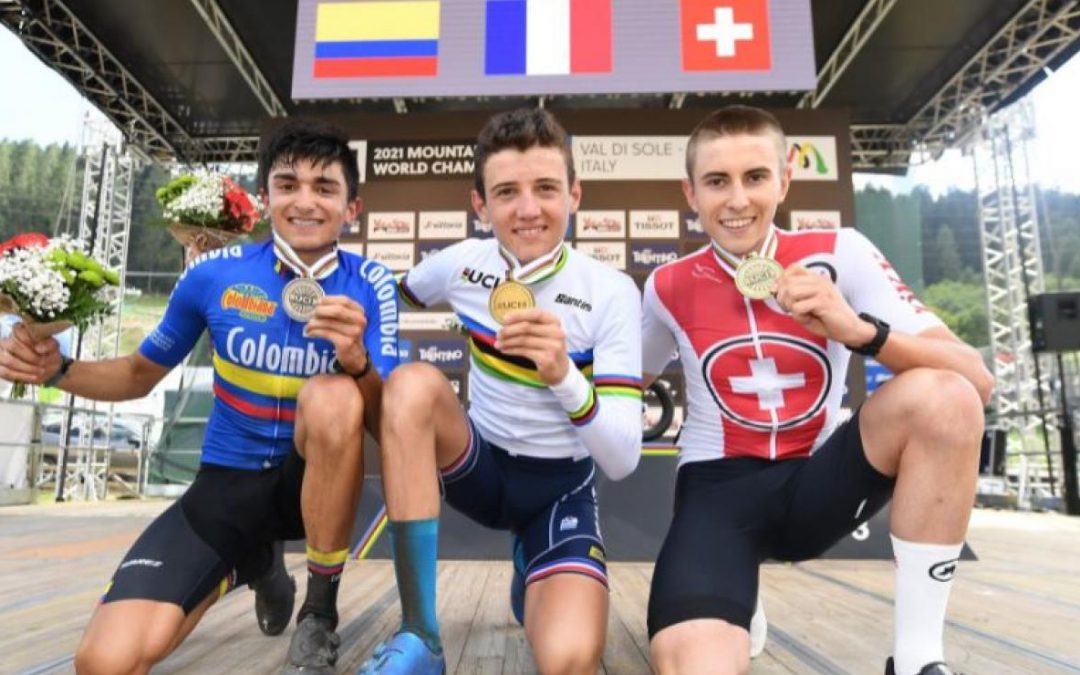 Cundinamarqués Camilo Gómez managed to get on the podium of the MTB World Championship (Mountain bike) test in the Cross Country modality, junior category, on Thursday, by winning the silver medal.

On the track of Val di Solé, Italy, one of the most representative places of mountain biking in the world, the Colombian managed to show his conditions in this sport and be the protagonist in the test.

In the end, the Colombian got a time of 1:01:12 and was surpassed by the French Adrien Boichisque with a time of 59:59, while the Swiss Nils Aebersold finished third with a difference of 1:21 in relation to the first place .

This is undoubtedly new good news considering the training and legacy that MTB has left for cycling in the South American country and what could follow for his sports career.

One of the clearest examples is that of Egan Bernal, who began his sports career in 2014 in this form of cycling and today is one of the great favorites of the main peloton of the highest category of the International Cycling Union.

Precisely in 2014 and 2015, Egan Bernal was also the protagonist with a silver and bronze in the MTB world championship in the junior category, showing from there all the capabilities of him to achieve today be one of the most important promises of cycling.

In this competition, in which 92 runners took the game, there were also two other Colombians Hugo Rodríguez and Jhonier Landeta, who finished their participation in positions 43 and 61, respectively.

Gómez is the third mountain cyclist born in Colombia to get on the podium in the junior category of an MTB World Championship after what was done by Egan Bernal who was silver in Norway (2014) and bronze in Andorra (2015), and Laura Abril, who achieved gold in the same venue where the contest is currently taking place, but in 2008.