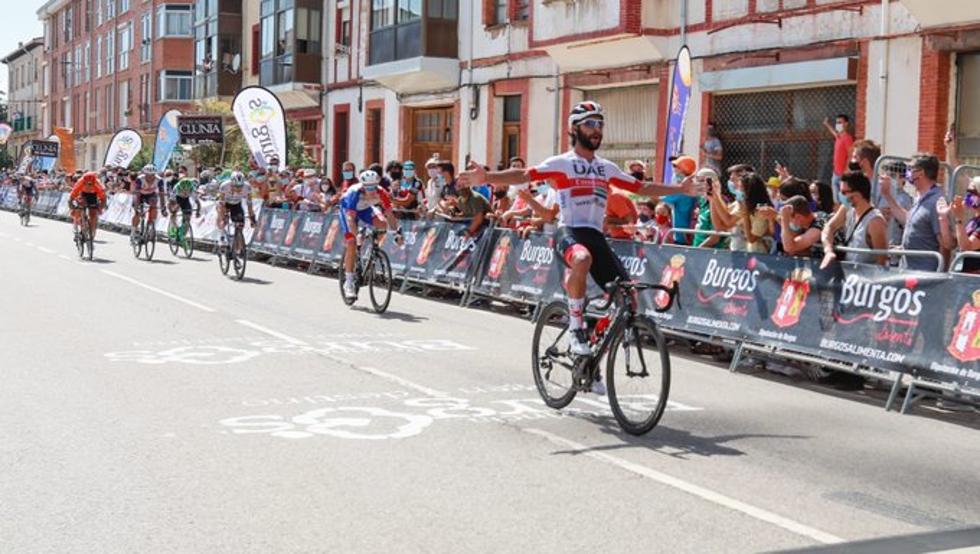 The Colombian cyclist Fernando Gaviria won, this Wednesday, the second stage of the Vuelta a Burgos that was played over 168 kilometers between the Spanish towns of Catrojeriz and Villadiego in the north of the country.

Gaviria won the final sprint of the stage, which was run on flat, windless terrain. The Colombian remained in the main squad until the end, when he accelerated his pace and moved several meters in the last corner of the track to cross the finish line first.

The Colombian has not won a stage in Europe for more than a year. He also triumphed for the first time since he recovered from coronavirus disease (COVID-19), which kept him out of competition for several weeks.

The podium of the stage was completed by the French, Arnaud Demare, who crossed the finish line second, as well as the Italian, Sam Bennett, who was third. “It is never easy to impose on cyclists like Bennett and Demare, but I trained very hard in Colombia. I think he did well in this race and I was able to win. (…) It has been difficult for the entire team due to the long break and only being able to train at home, ”Gaviria told the press at the end of the competition.

At the beginning of the stage, Colombian cyclists Juan Sebastián Molano, Cristian Muñoz and Camilo Ardila, from the UAE Emirates team to which Gaviria also belongs, were removed from the competition because they had recent contact with a person infected with COVID-19.

The three Colombian runners were separated despite having had a PCR test for COVID-19 that had negative results. Officials of the Vuelta a Burgos indicated that they should withdraw as a precaution, since the symptoms could take time to appear.

The general classification of the Vuelta a Burgos is led by the Austrian, Felix Grobschartner, who is followed eight seconds by several cyclists, including the Spaniards Alejandro Valverde and Mikel Landa, and the Colombians Esteban Chaves and Iván Ramiro Sosa. The next stage of the Vuelta a Burgos will take place next Thursday.

The tour will end at Picón Blanco with a special category mountain finish with 7.8 kilometers at 9.3% incline.