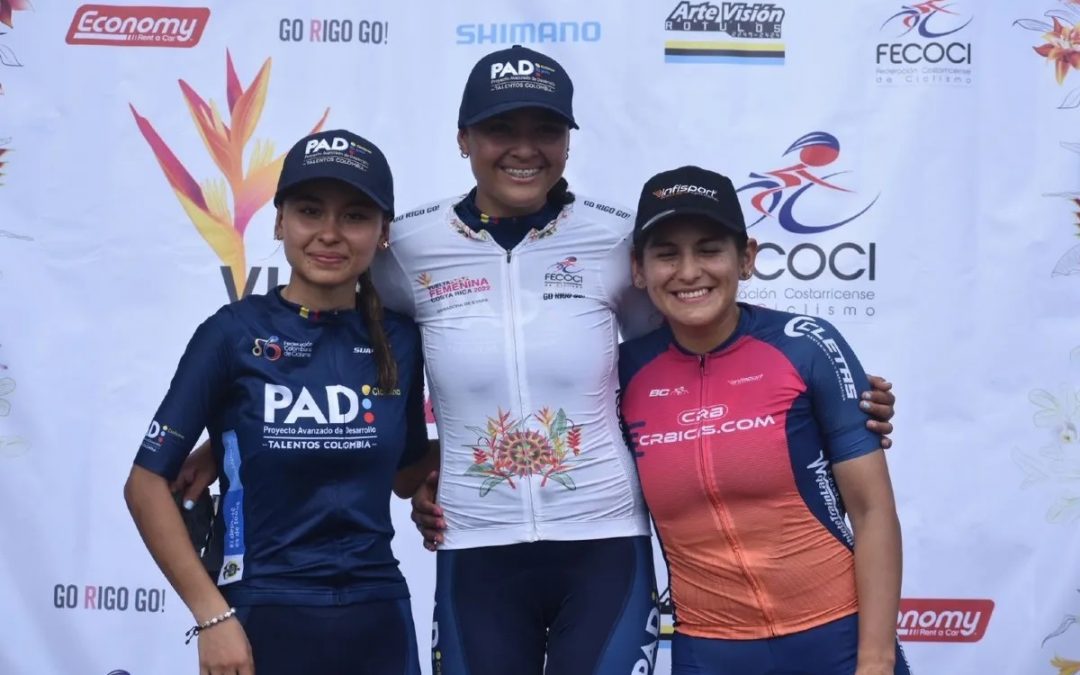 Colombia shone at the start of the Vuelta Femenina a Costa Rica 2022, by filling the entire podium of its first stage this Thursday, July 14, starting in Florencia passing through Santa Clara, Los Angeles, Muelle, Bajo Chilamate and arriving in Pital .

In a final to the packaging, Mariana Herrera (Colombian PAD Selection) took the victory after a 103-kilometre journey, escorted by Laura Rojas (Colombia PAD Selection) and Seriká Gulumá (ATL-BC Crbicis.com), second and third respectively, in a day on flat terrain, which included a couple of ascents prior to the finish line, located.

The tonic during the test was a compact batch, without leaks and teamwork was a fundamental piece for the result that was presented at the end of the tour in the North Zone of the country.

A total of 57 runners took the start in Florence. In the early stages, the peloton was controlled by the Colombian PAD team, which maintained a high race pace to dominate the intermediate sprints.

Mariana Herrera was not only the winner of the segment and the first leader of the individual general classification, but she was also the leader in the sub23 test, she dominated the two flying goals and accumulated the most points on the first day of tests.

“The truth is very happy, it is my first time in Costa Rica, we work very well as a team, always compact, we have trusted our process during the last few weeks and we knew what we could come to win in this first stage”, explained Herrera.

This Friday, July 15, the second part of the Costa Rican round will take place, a 20.2-kilometer stopwatch day between the Pier and Santa Rosa Pocosol, where the Colombian Mariana Herrera starts as the favorite.