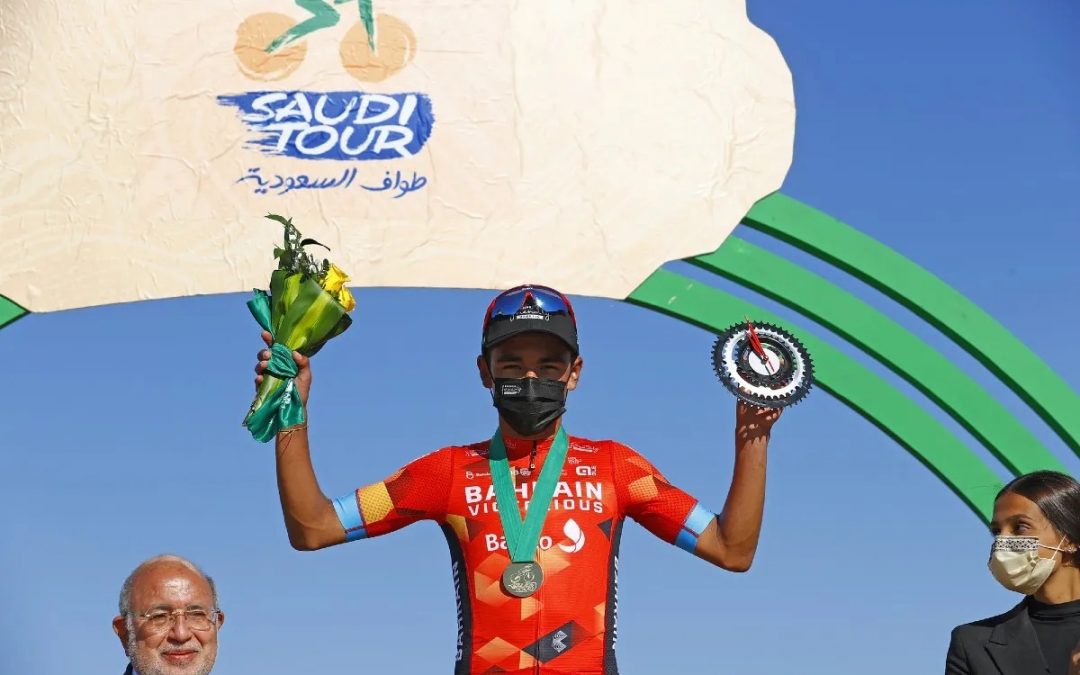 In an uphill finish, the Colombian Santiago Buitrago (Bahrain Victorious) surprised in the final meters and won the second stage of the Saudi Tour, after traveling 163.9 kilometers between Taibah University and Abu Ra Rakah.

The 22-year-old climber, who assumes the lead of the race, crossed the finish line first with a time of 3:43:51″ ahead of Italian Andrea Bagioli (Quick-Step Alpha Vinyl) and Danish Anthon Charmig ( One-X Pro Cycling Team). The other Colombian in competition, Fernando Gaviria (UAE Team Emirates), arrived in box 22 with a delay of 26 seconds.

The Norwegian Martin Urianstad (Uno-X Po Cycling Team), the Dutchman Jeroen Mejers (Terengganu Polygon Cycling Team) and the Greek Polychronis Tzortzakis (Kuwait Pro Cycling Team) starred in the day’s breakaway, but with 20 kilometers to go they were caught by the peloton.

With six kilometers to go Jayde Julius (Kuwait Pro Cycling Team) tried to surprise the peloton, but his attack was unsuccessful. On the final ascent, Santiago Buitrago (Bahrain Victorious) started with 1.1km to go, with Daniel Oss (TotalEnergies) and Andrea Bagioli (Quick-Step Alpha Vinyl) at his wheel.

In the definition, the rider from Bogotá knew how to play his cards and at top speed he suddenly attacked 200 meters from the finish to end up celebrating his first victory as a professional, in addition to seizing the leadership of the test.

“I want to thank the team for the work they have done. They were really exceptional today. I am very happy with my first professional victory. Today was a very difficult final, I was happy when I saw the end”, said the cyclist in statements after the partial victory.

The Bahrain Victorious rider had already finished fourth in a stage of the Vuelta a Burgos last year, where Edward Planckaert took the win. In the Saudi Tour it was a real surprise for the young Colombian climber.

“When we started up the hill I felt good, we quickly had a good gap. I had to anticipate the sprint because Bagioli was stronger. This is a very good victory to start the season”, concluded Buitrago.

This Thursday, February 3, the third stage of the 2nd edition of the Saudi Tour will take place, which will take the riders from Tayma Hadaj Well to AlUla Old Town over 181.2 kilometers on flat terrain with 2 intermediate sprints.