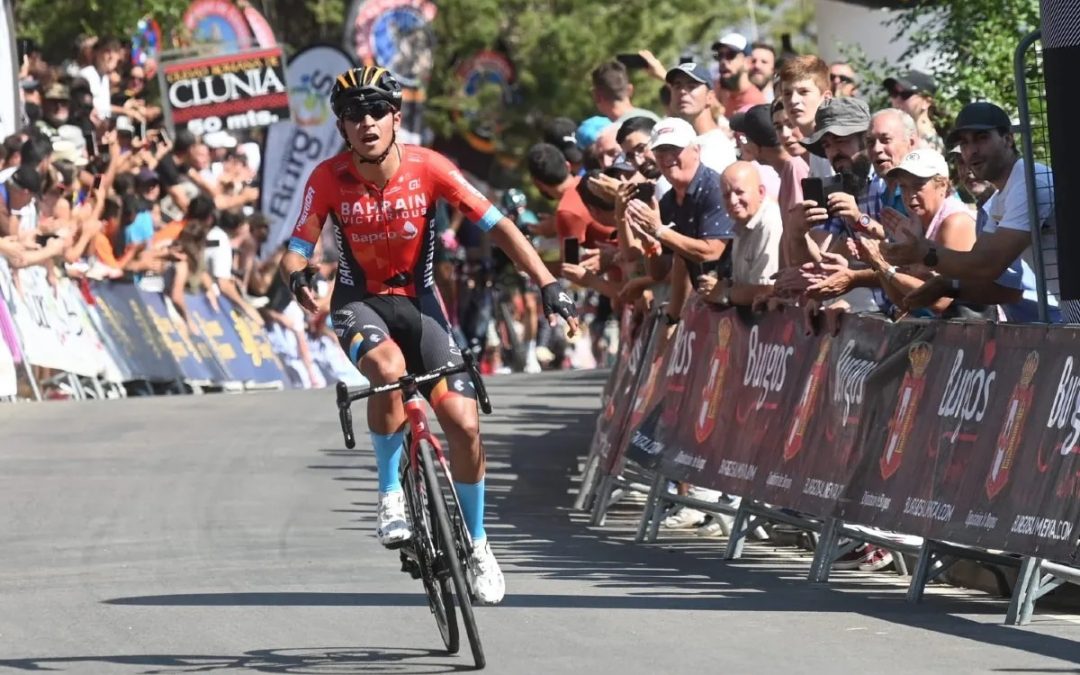 The Colombian cyclist Santiago Buitrago demonstrated his great conditions as a climber by winning the Alto del Castillo, a third-category mountain award in which the first stage of the Tour of Burgos 2022 ended, which was held over 157 kilometers, starting and arrival in the city of Burgos.

The 22-year-old cyclist from Bogota, a Bahrain Victorious runner, attacked in the last meters to reach the finish line alone and become the first leader of the race, beating the Portuguese Rubén Guerreiro, from EF Education EasyPost, and the British Tao Geoghegan Hart, from Ineos Grenadiers, second and third, respectively.

Today’s becomes the third victory as a professional cyclist for Buitrago, who has just won stage 17 of the Giro d’Italia and the second fraction of the Tour of Saudi Arabia, both in 2022.

The escape of the day was led by the Spaniards: Xabier Azparren (Euskaltel – Euskadi), Jesús Ezquerra (Burgos-BH) and Diego Sevilla (Eolo-Kometa), who managed to have an eight-minute lead over the peloton, but in the absence With 22 kilometers to go, the breakaway was neutralized.

The other Colombians present in the Spanish round were ranked as follows: Esteban Chaves (EF Education EasyPost) arrived in box 12, five seconds behind; Brandon Rivera (Ineos Grenadiers) went 20 to 10 seconds; Miguel Ángel López (Astana) finished in box 29 and Iván Ramiro Sosa (Movistar) in 48, 19 seconds behind; Fernando Gaviria finished in 114th place, at 16:39, while Camilo Ardila (UAE Emirates) did not finish the race.

This Tuesday will be the second stage of the Vuelta a Burgos, over 158 kilometers, between Vivar del Cid and Villadiego.