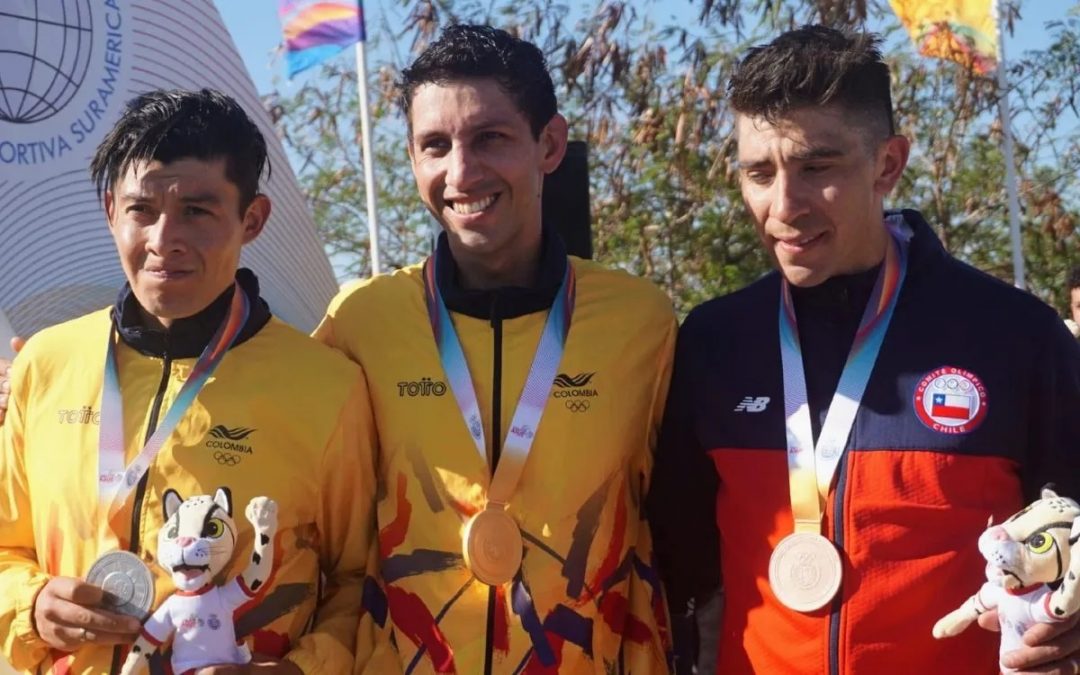 The golden harvest in cycling began for Colombia at the Asunción 2022 South American Games. Walter Vargas took the gold medal in the CRI test, after registering the best time (47:01.40) in the 41.1-kilometer route in the circuit of the Costanera José Asunción Flores in the Paraguayan capital.

The Colombian team also took the silver medal with Rodrigo Contreras (47:50.03), while the Chilean José Luis Rodríguez Aguilar (47:54.29) completed the podium, who snatched the bronze by five seconds from Venezuelan Orluis Aular.

Ratifying the favoritism, the two Colombian riders made it 1-2, giving the country the first gold medal in cycling. Vargas stopped the stopwatches at the sentencing line at 47 minutes and 01 seconds on the route through the streets of Asunción.

For her part, in another great performance, Lina Marcela Hernández won the second Colombian cycling medal at the Asunción 2022 South American Games, by winning the silver medal in the women’s individual time trial that was held this Monday at the Costanera José circuit. Asuncion Flores of the Paraguayan capital.

The rider from Antioquia achieved the second fastest time in the 27.7 kilometers scheduled by the fair organization, in which she concluded with a final record of 36 minutes and 24 seconds, 57″ behind local rider Marina Espínola, who took gold, with 35:27.

Hernandez’s is the second medal for Colombian cycling in the South American Games, after the bronze achieved by Fabio Castañeda in the Mountain Bike Olympic cross-country, on Sunday.

The day against the clock was attended by 14 runners from 8 countries. On Wednesday, October 5, the long-distance tests will be run on the route, which, in both branches, will have a distance of 164.4 kilometers for men and 82.2 for women.