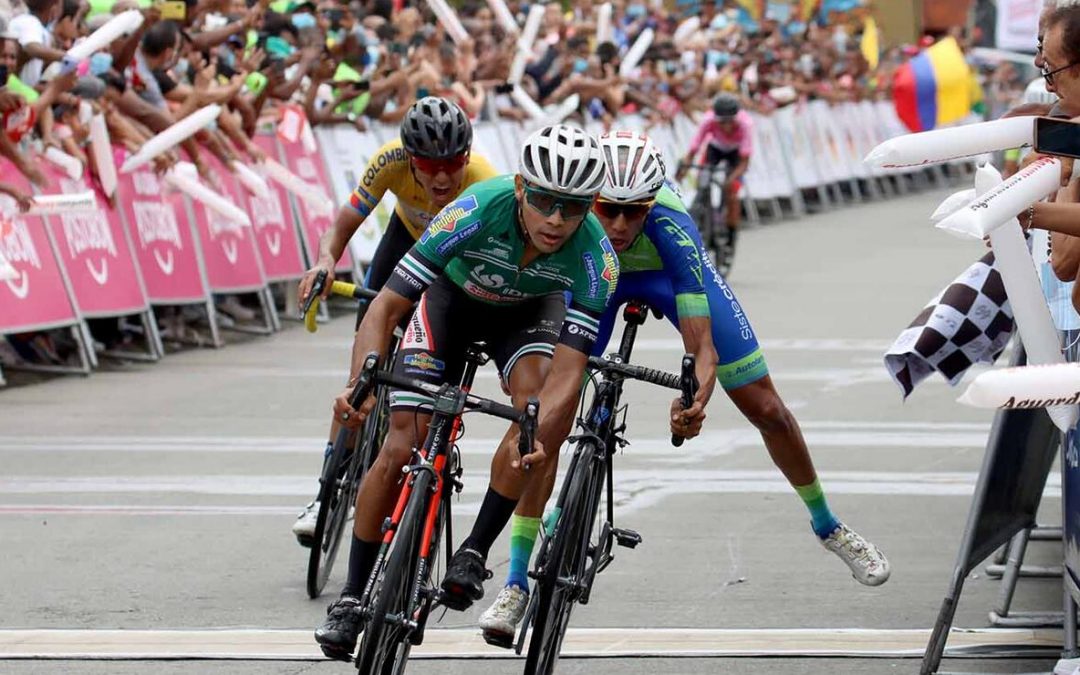 Colombian cyclist Johan Colón became the first leader of the Tour of Táchira 2022, after winning the final sprint of the inaugural stage, played on a circuit between Táriba and San Cristóbal over 13.9 kilometers.

Colón, an accomplished sprinter who accumulates victories in the main events of the Colombian calendar, had more than enough in a final package in which, with his exceptional effort, he beat Serbian Dusan Rajovic (Corratec) and Venezuelan Xavier Quevedo (Venezuela Country of Future).

The Paisa Pride runner used a time of 2 hours, 59 minutes and 18 seconds for an initial fraction that started in the vicinity of the Basilica of the Virgen de la Consolación and ended at the width of the seventh avenue, in the center of the capital tachirense, a path through which the 142 cyclists enrolled in the test traveled, during eight circumvallations.

Colón participates for the second time in the Andean tour. He made his first appearance last year and flirted with victory in the opening portion, but lost arm-wrestling with Italian Matteo Malucelli, at El Vigía, and settled for second place.

The 10-second bonus that he received at the finish line allowed Colón to be the first owner of the yellow jersey. His record is 2 hours, 59 minutes and eight seconds. He is escorted by Rajovic and Quevedo, four and six seconds behind respectively.

The Colombians shared the spotlight on the opening day, because the triumph of Colón was joined by the good performance of Didier Merchán, a member of the Italian Androni, winner of one of the four intermediate speed prizes that were awarded on the day and protagonist of a solo escape that died two laps from the end.

Meanwhile, candidates for the title such as Roniel Campos, current two-time champion of the Tachiren event, Anderson Paredes or Luis Mora limited themselves to completing the route without complications, waiting for the mountainous terrain, which will appear on the fourth day, where they plan to make a difference in the battle for the crown.

While those sections arrive, the packers will have two other opportunities to exhibit conditions, the first of them this Monday (January 17), with the 167-kilometer segment, the longest of the 57th version of the race, which will start at the hacienda Los Almendros and will close in Ciudad Bolivia, in the territory of the state of Barinas, always on a flat surface.

The Tour of Táchira is scheduled for a total of eight stages and concludes next Sunday in San Cristóbal. Campos tries to be the first cyclist in the history of the competition to win three titles in consecutive years.