Confessions of Urán, Carapaz and Nairo on rest day of the Tour de France 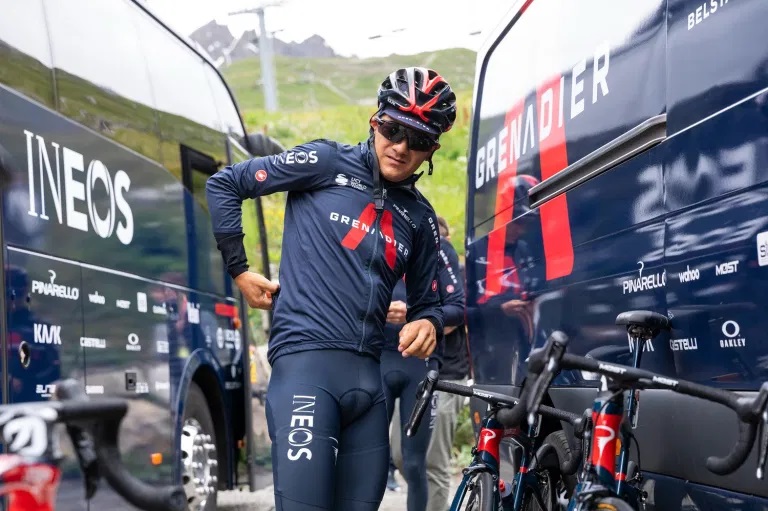 After nine stages, the first rest day of the Tour de France 2021 also left time to talk with several of the leading names of the race until today, among them the Colombians Rigoberto Urán (third in the individual general) and Nairo Quintana (leader of the mountain); and the Ecuadorian Richard Carapaz.

Urán: “There is a lot left, you have to go day by day, this ends in Paris”

Rigoberto Urán gave a positive assessment of his performance in the first part of the Tour de France that ended this Sunday in Tignes. The Colombian rider expressed that an important part of the competition still remains and reiterated his great interest in the dispute for privileged positions.

The tall runner from Antioquia was emphatic in stating that the most important part of the Tour remains. “We have been here for a week, we are doing well, the team has always been active, always looking to escape. We have been looking for the best places in the general classification, but there is still a lot, this is very long and you have to go day by day ”.

The head of ranks of EF Education Nippo, highlighted the strength of the leader Tadej Pogacar and affirmed that he remains active in search of privileged positions. “We have not crashed and this is super important in these three-week races. We have seen the level there is, the leader is very strong, we continue with great enthusiasm and dedication. This ends in Paris ”.

Carapaz: “I am encouraged to continue giving my best”

The INEOS Grenadiers rider stated what the goal of his team was on Sunday’s stage. “The objective was to continue placing ourselves in the general classification, we had no interest in going for O’Conor or trying to attack Pogacar, in the end Pogacar has a different race than ours.”

Carapaz said that his slogan will be to seek the podium in the remaining twelve days. “We are going to try to do our race in our own way, we will try to get on the podium is important, but even so there are many days ahead.”

“We are always thinking of something positive to try to do second, or who knows what might happen on the way to Paris,” added the Ecuadorian runner who is fifth overall.

The Ecuadorian star gave a balance of what has been the first week of the race. “It has been quite a hectic week since the first day in which a very important selection. These finals have been quite crazy, the last two days we have been quite cold, it has rained and in general the team has been very good. We are in a very good position and fighting for the podium and that is important ”.

Richard does not rule out looking for a stage win in the coming days. “Getting a stage will be important for us for our team and I think we have many days ahead of us to achieve it.”

“This coming week is different, the weather will change now a little more heat and we will see how the other riders are doing. For our part, the team and I am very encouraged to continue giving the best ”, added the great reference of Ecuadorian cycling.

Nairo Quintana: “The objective is the mountain jersey”

At an official press conference, conferred this Monday by Nairo Quintana, within the framework of the first rest day of the Tour de France, the Boyacense delivered his concepts on what has been the first block of the race, his aspirations for the coming days.

The Cómbita rider affirmed that he will seek a stage victory. “We are going to try a stage victory, the problem is that many times the fight for the points makes you wear out differently from the others, you have to be making movements all the time.

“The one who goes through the stage is a little more careful and he is mentalized in the final part, in the acceleration and those two or three rivals who can face him. On our part there is continuous wear and tear all day, attacks of snatches that make the body suffer a lot ”.

The Boyacá cyclist highlighted the great strength of the current leader of the Tour de France. “Pogacar is very strong, he is intractable at the moment, his team is doing very well, he has protected him well, but he is one point much higher than his direct rivals, so if there is no strategy or something normal that happens, he will surely win. the tour”.

Quintana highlighted the large number of contenders in the dispute of stages. “We have to go with the rivals that are close to me and take the points ahead of them, if it can be sentenced with a victory it would be fabulous, but at the moment we will see the movements that there will be between the teams.

“The team is much more interested in the mountain jersey, so that’s the goal we have now. Nothing can be ruled out, on a day of escape that we go we can try to win the stage ”, added the rider who occupies box 16 in the general classification.

The Boyacense spoke of the high pace at which he has played these first nine days of the Tour. “It has been a very fast week, the statistics have said that it is the fastest Tour in the last 10 years. The quality of the riders is increasingly noticeable in the speeds, the personal records that we set every day are impressive, for my part in the last few days I have also set new records. Likewise, we have seen destroyed people arrive crying and others go home due to the loss of time ”.

“Tomorrow is a calmer day for me, I don’t have to be very nervous about going forward, the last three kilometers are a bit more relaxed, the days go by to make efforts on the days that interest us and the calm endings to face in a good way the Olympic Games ”, specified the rider who leads the mountain classification.