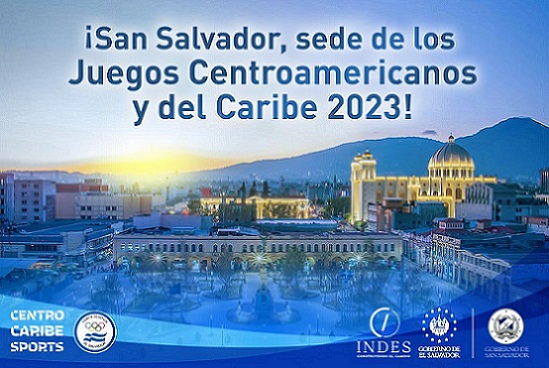 Although it was expected news, this Sunday San Salvador, capital of El Salvador, was made official as the venue for the XXIV Central American and Caribbean Sports Games, scheduled to be held in May 2023.

The Pan American Cycling Confederation ratifies its support for one of the longest running multisport events in world sport; meanwhile, it will support with technical advice and the necessary resources so that our sport continues to be one of the most important and followed in these fair.

As announced this Sunday by the president of the National Sports Institute (INDES), Yamil Bukele, the authorities of Centro Caribe Sports decided this Saturday unanimously the Salvadoran election, which already organized these multisport events in 1935 and 2002.

Regarding the date, Bukele said that last week he sent a letter to the authorities of Centro Caribe Sports proposing this date, for which they took into account solidarity with other countries and by virtue of the difficult economic situation that the region is going through in general, as well as the health situation that is experienced by covid-19.

Puerto Rico withdrew on April 30 its candidacy to organize the Central American and Caribbean Games in 2022 because it was not sure of completing the budget of 70.5 million dollars to host the competition.