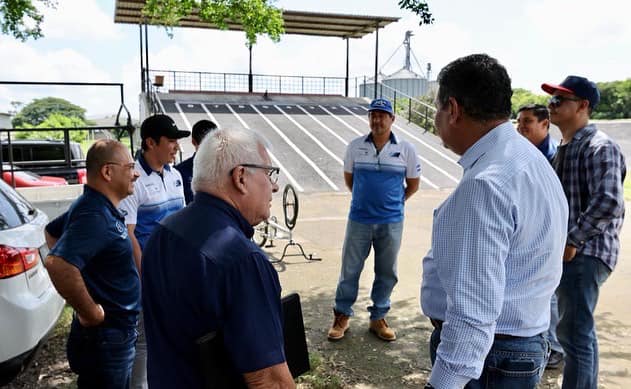 From this Thursday, August 18, to Saturday, August 20, José Manuel Peláez, President of the Pan American Cycling Confederation (COPACI), visits the facilities conceived by the Organizing Committee of El Salvador (COSSAN) for the competitions of this sport in the Games Central American and Caribbean in 2023.

This tour of Peláez in his capacity as international technical delegate also has the purpose of a mandatory step in search of the certification of the areas of competence. This week several disciplines fulfilled a similar program, as established by the (COSAN) schedule.

The director began the activities on the 18th when he discovered the segment where the Olympic route should be held, between Comalapa and Usulatan; then the next day in the morning he was on the tracks planned for the Mountain Bike (MTB), in the El Espino Ecopark, and for the BMX, in San Juan Opico.

The penultimate of the visits occurred on Friday afternoon at the Evelyn García National Velodrome, located in the El Polvorín Sports Complex. In all cases he was accompanied by the technical authorities of this discipline in El Salvador, as well as by several members of the COSSAN Technical Commission.

In the next few hours, after a working meeting with the Organizing Committee to give the conclusions, the recommendations left by COPACI will be known in terms of having facilities that meet the international requirements demanded by the International Cycling Union (UCI) for official events. .