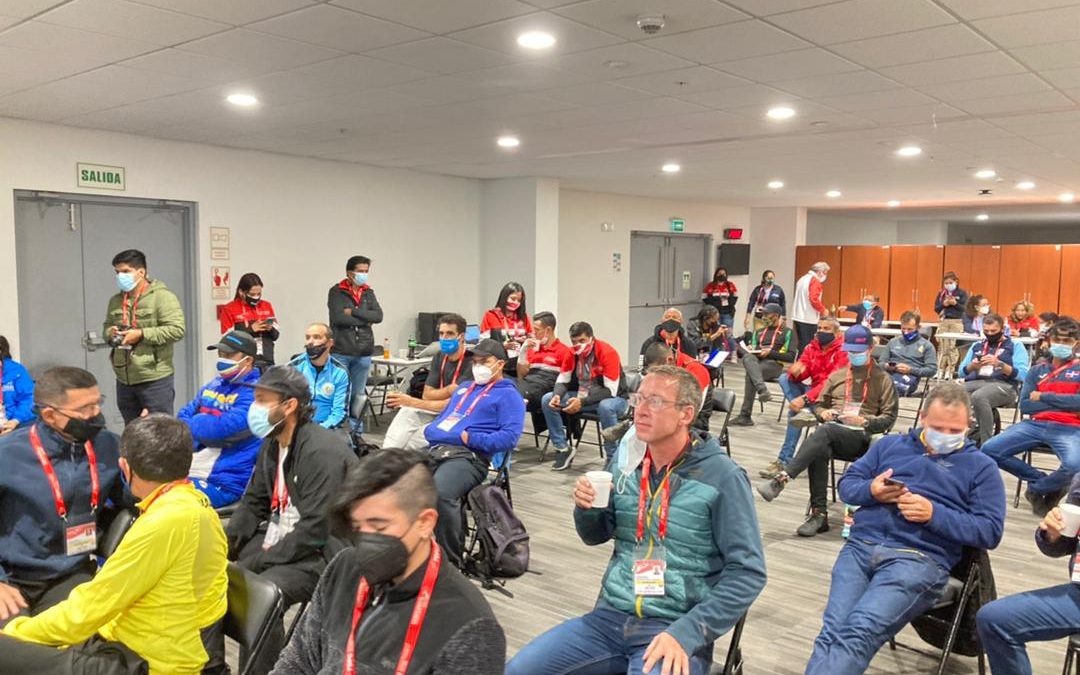 José Manuel Peláez, president of the Pan American Cycling Confederation, sent a message to the participants in the Lima 2021 Pan American Track Cycling Championship, in which he congratulated the work of the Organizing Committee, called for compliance with the health protocols and ratified his belief in that the contest will be a sporting success. Next, we reproduce his message, read during the Technical Congress this Thursday, June 24.

Lima is once again the capital of track cycling in America after more than a year in which the Covid-19 pandemic did not allow any competition of this specialty to be held at the continental level. Its beautiful velodrome, built for the 2019 Pan American Games, will host the elite Pan American Championship, qualifying for the I Youth Pan American Games in Cali, Colombia from June 25.

My first words are aimed at welcoming all the participants, and to acknowledge the effort and commitment made by the Organizing Committee to celebrate this event. My greatest affection and gratitude to the Peruvian Cycling Federation, especially its president Gustavo Mattus, for not giving up on hosting this event, despite the times we live in.

The health protocols required by the Peruvian health authorities, as well as those established by the International Cycling Union are fully compliant for cyclists, coaches, mechanics, stewards, managers and other personnel. The success of the championship does not pass only by the medals or classifications that are obtained, but by returning without getting sick from Covid-19 to their respective nations.

Personally, I want to offer my deepest apologies for not accompanying you there, as I have always done in each Pan American tournament. It has been impossible to obtain a safe way to fly from Havana to Lima, given the flight restrictions that Cuba still has with the airlines.

However, the Vice President of Copaci, Gabriel Curuchet, will be with you and together with the College of Commissioners he has been appointed to lead the competition. His years of experience and his proven loyalty to Copaci motivate my total confidence in this decision, which will be carried out with absolute transparency and quality.

I am convinced that this Pan American Championship will be the success we all hope for. I invite you to maintain discipline, to respect what is agreed in this Technical Congress and above all that the athletes do not faint at each pedal stroke in pursuit of getting on the podium.

The appeal of qualifying for the Pan American Youth Games raises motivation, but involves extreme rigor. I also urge you to celebrate a championship in which there is no lack of happiness to meet again on the track of a velodrome and in which we all return with our performance the hard work done by the Organizing Committee.

These are difficult times, but the cycling of America points to new triumphs in the Tokyo Olympic Games, which will be achieved because there are events like this, where our cyclists show their best conditions.

Ahead of the Lima 2021 Pan American Track Cycling Championship.