Copaci president qualifies Carapaz as the pride of cycling in America 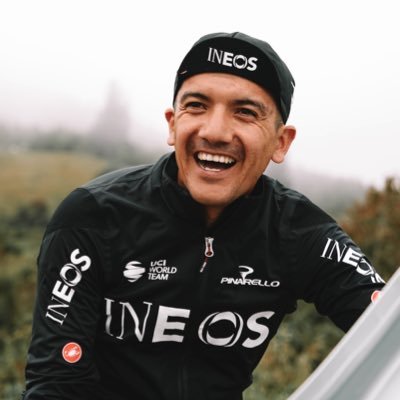 In a message published on his official Facebook page, the head of the Panamerican Cycling Confederation (COPACI), José Peláez, described the Ecuadorian Richard Carapaz as a pride of this sport in America, after achieving third place in the individual general of the Tour de France, concluded this Sunday.

Peláez recalled that the South American became the fifth Latin American to appear on a podium in the prestigious gala race, as he valued as an event having also added to the list of 20 riders who have been able to obtain one of the three places in the well-known great tours of the world: the Tour, the Giro d’Italia and the tour of Spain.

Referring to what was done by the well-known Carchense Locomotive, the COPACI head stressed that he was “capable of defending his shirt and seat against rain, falls, a flu, dozens of escapes and a very strong layout of more than 20 days with two time trials included ”.

“His value from him is not only in third place, but in everything he sacrificed to achieve it. The tougher and stronger the race was, the more risky and brave Carapaz looked, ”he said at another point in his message.

Finally, he recalled that when the Ecuadorian won the Giro d’Italia in 2019, he dedicated the victory to his country and his family and that when he finished second in the 2020 Tour of Spain, he did the same and sent thanks to his loyal cycling fans.

“Today it is we, COPACI and all of America, who once again congratulate him for so much glory and joy that he makes us live,” said Peláez, who anticipated Carapaz’s next participation in the XXXII Olympic Games

“Still without getting rid of his fatigue, he decided to accept the challenge of representing his flag and looking for a medal on the men’s route. Whether or not that award arrives, Richard Carapaz is the example of cycling that we must radiate throughout our continent ”, he concluded.