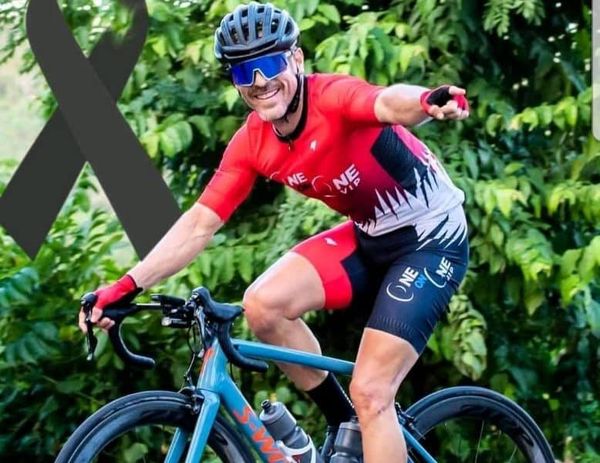 The president of the Pan-American Cycling Confederation, José Manuel Peláez, sent his condolences for the surprise death of Nicaraguan cyclist Miguel Enrique Vélez Peña, in the early hours of this Saturday, the victim of an accident with a microbus while doing his daily preparation.

Below, we reproduce the message posted on his personal Facebook page:

CONDOLENCES FOR A NICARAGUAN CHAMPION. –

On the morning of this Saturday, cycling in Nicaragua and America again suffered with another unfortunate news. Miguel Enrique Vélez Peña, a prominent 45-year-old Nicaraguan cyclist, was run over by a drunken driver while doing his daily training with his cycling group on the Carretera a Masaya.

The Pan-American Cycling Confederation (COPACI) offers the most heartfelt condolences to his family and friends, as well as to his teammates and to the Cycling Federation of the brother country. The rider was an example of consecration, discipline, sacrifice and tenacity for this sport and the loss of him is a serious blow just days after the start of the Tour of Nicaragua.

Once again we have to shed tears for a cyclist who leaves his dreams of triumphs for an irresponsible driver on the roads. For those of us who continue to love this sport, the loss of Miguel Enrique Vélez Peña should shake us between pain and hope. His example will surely multiply in many children and adolescents across the continent. We will remember you.