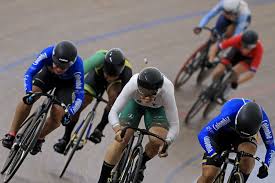 The Pan American Cycling Confederation (COPACI), through its Management Committee, recognized the National Federations that organized the Pan American Championships in 2021, in the midst of the harsh Covid-19 pandemic, which forced strict sanitary measures.

When taking stock of the Pan-American events held this year, a congratulation was extended from the National Federations of Puerto Rico, Peru and Brazil, which led to the de facto XCO, Track and DHI championships.

Likewise, special recognition was added to the Dominican Cycling Federation (FEDOCI) for the great work and effort made to celebrate the Pan American and Caribbean Road Championships that were transferred from Argentina and Cuba, respectively, to the city of Santo Domingo.

Several COPACI executives highlighted that the Dominican competition was carried out by the organization in record time and adverse weather situations put the good management and capacity of FEDOCI to the test, especially its president, who received the congratulations and gratitude of the participating federations.

Of the pending events of this year 2021, only the Ecycling in San Juan, Argentina remains to be confirmed due to the governmental restrictions that still govern the city and the Masters tournament in Tarija, Bolivia, that details and organizational commitments are finalized by local authorities, the Bolivian federation and COPACI.

Finally, the definitive cancellation of the junior tournament was announced for not finding a venue with the necessary requirements for its development after the planned venue, Mexico, declined to organize it.