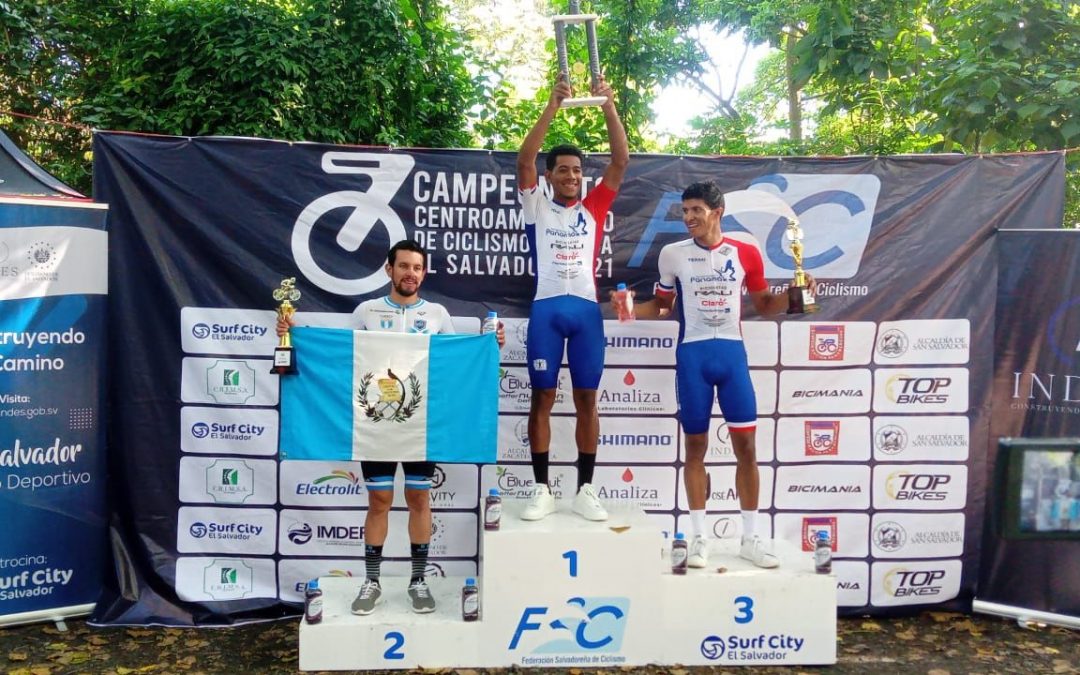 With three of the four titles in dispute on the last day in the hands of their riders, the Costa Rican delegation dominated the III Central American Road Cycling Championship, held between September 3 and 5 in El Salvador, with the presence of more than 75 riders from this region.

This Sunday the road competition took place in the two categories called: elite and sub 23, in both sexes. Only the Panamanian Christofer Jurado broke the ethical perfection, by prevailing in the elite male section. The other winners were Milagro Mena (elite) and Sharon Ramírez and Jhon Jiménez, these two in the under-23 tournament.

Milagro Mena: “I had no confidence in myself and I put everything in the hands of God”

The Costa Rican Milagro Mena achieved the Central American double in the road test, after attacking in the middle of the race and holding her advantage until the end. “He had no confidence in me, and I put everything in the hands of God, we knew we had to attack Evelyn, they were attacks and attacks, before the last return to goal, Jeny attacked and then I counterattacked, and I started to make a small difference, and it was given to me, ”Mena explained.

She was clear that she almost never looks for leaks, however, she attacked to wear down the strongest rival who was the Salvadoran Evelyn. As she made time, she managed to add her second Central American route.

“My thing is not leaks, the intention was to do teamwork, but it happened to me, I attacked in the middle of the race and I didn’t think it would catch up with me, I knew that if the leak opened I had to maintain a constant pace and we did well, the team worked in an excellent way ”, he concluded.

The female headline under 23: Sharon Ramírez

Sharon Ramírez also achieved the Central American double. The Costa Rican cyclist was the first in the sub 23 to cross the finish line and repeats the triumph achieved the previous year in Panama.

“Thank God who gave me the strength, I did not feel very well, the support of my teammates was very important that they spoke to me, I am a double Pan-American champion and thus I say goodbye to the category.”

Sharon made it clear that the last few days have been difficult for her, however the national team and her team have trusted her and that motivated her to go the extra mile and win the race.

“I wanted the Central American gold, they really have not been easy days, they have been very complicated, but I am happy that God half the strength and I was able to do it, I dedicate this triumph to my family and my sponsors”

The men’s road test of the Central American Championship in El Salvador did not disappoint and left the Panamanian Christofer Jurado (elite) and the Costa Rican Jhon Jiménez (under 23) as monarchs.

There were 25 laps of the 5-kilometer circuit for a total of 130, a distance where Jurado was the main favorite. In the peloton, where both categories were in turmoil, unsuccessful attacks were the norm in the first few meters of the race.

The Guatemalans Manuel Rojas and Rony Julajú were the most insistent and fled, but just in the first few kilometers, it seemed impossible for them to reach the goal alone and that’s how it was, the main group gave them a hunt.

Then, Jurado and the Guatemalan Dorian Monterroso made a good team and coordinated the relays perfectly, both with good legs gave him everything until the end. With three laps to go, it seemed that the Guatemalan team wanted to catch up with their teammate, but there was no time, and it also seemed illogical because they would ensure a minimum of silver if they took care of the distance.

Meanwhile John and the rest of the Costa Rican team remained in a safe zone, it also seems that resigned they bet on securing the medal in the sub23 category.

The circuit, just like the girls did, was fast, where in the last two laps, more and more runners jumped to get to where the escapees were, something they did not achieve.

In the sub 23 the sprint was between Jiménez and Sergio Chumil from Guatemala, where the San Carlos was very fast and managed to leave the victory with a good advantage. Bronze also went to Guatemala through Henry Sam, who won the sprint in a third group of riders.

With these results, Costa Rica was champion of the Central American Road Championship, adding 11 medals, 5 gold, four silver and two bronze. In second place was Panama with 5 medals, adding 2 gold, one silver and one bronze.

While the third place went to Guatemala where they got the same five medals, but two silver and three bronze.