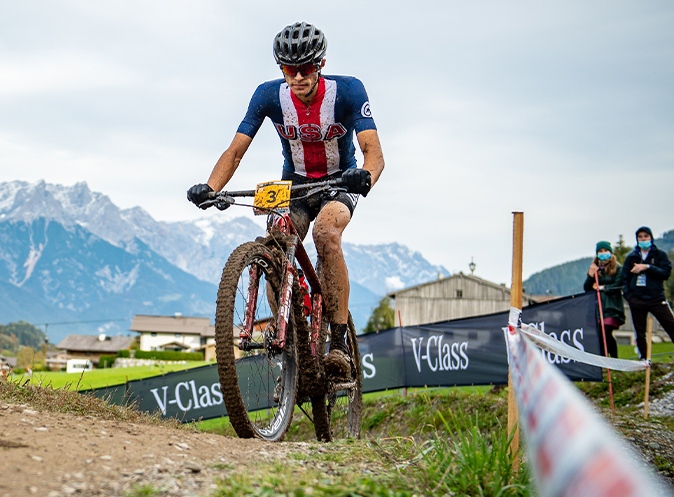 “It was a solid race all in all. I rode my own race from the start and Tom Pidcock was flying so I didn’t get swept up in trying to chase him early. I just settled into a rhythm and tried to stay smooth in the crazy [course] conditions. It’s really awesome that we’re even here racing and kudos to everyone who helped us get here. To top it off with a medal this week is an awesome feeling,” said Blevins.

Out of the gate, Blevins led the race with British rider Tom Pidcock. The two broke away early and maintained the gap the entire race. As the pair entered the second lap, Pidcock pulled away and kept a steady lead on Blevins for the rest of the race finishing in a time of 1:08:15. Blevins finished 1 minutes and 52 seconds behind him.

The rest of the riders of our continent were classified as follows: