Cuba and Guadeloupe: Gold and silver in road cycling at the I Caribbean Games 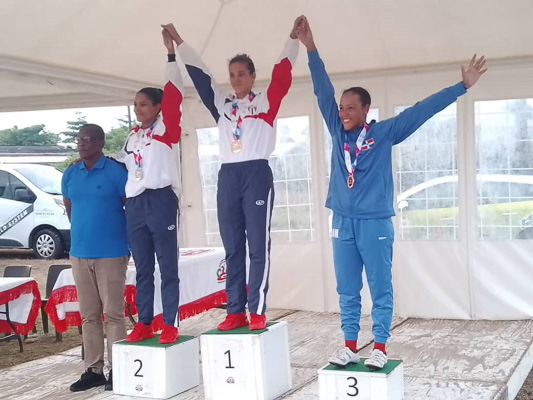 The cyclists from Cuba and Guadeloupe joined the medal party today at the 1st Caribbean Games in Guadeloupe 2022 by making the Cubans Aylena Quevedo and Daymelín Pérez the one-two in the individual route, while the locals Yannis Andre and Raphail Lautone they imitated him in the men’s time trial.

Aylena Quevedo climbed to the top of the podium and Daymelín Pérez escorted her to the second step, after a 65-kilometre test marked by rain from before the start and run on a circuit between Sainte Anne and Saint Francois. The bronze went to the Dominican Flor Georgina Espiritusanto.

“The race at the beginning had a smoother rhythm than the one we are used to in training in Cuba, but it had to be defined and in the last lap it was time or never and we got the break,” the champion told the Cuban official media Hit.

“It was nothing planned, everything happened at the time. The escape occurred and we were able to arrive. My partner attacked, they fell back but very gently. I had to go out to work with her, “I gave a stick” and I left too. She hit an athlete from another country, but she stayed halfway and then we reached the finish line alone, ”he pointed out to that same weekly Daymelín.

“At the beginning there was a somewhat strong and annoying air, but after the first kilometers I got used to it and was able to maintain the planned pace to give my country this title,” the first king of this test in Games told the official page of the event. of the Caribbean, for whom it is a tremendous pride that Guadeloupe has achieved gold and silver.

The road cycling of these Games concludes on Sunday in that same area of ​​the Guadeloupean capital with the time trial for women and the men’s route, in which a golden doubloon is expected from these champions.