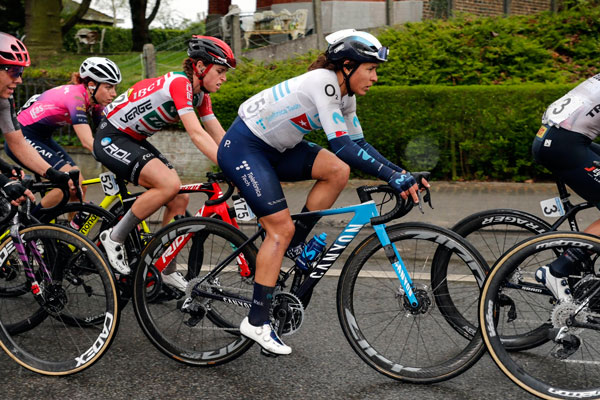 Liège.- Cuban cyclist Arlenis Sierra finished seventh this Sunday in the renowned Belgian classic Liège-Bastogne-Liège that crowned her teammate Annemiek van Vleuten from the Netherlands from the Movistar team.

A native of the eastern province of Granma, Sierra moved within the peloton to support the Dutchwoman, who covered the 142.1-kilometer section starting in Bastoña and closing in this city with a time of 3:52.32 hours.

Behind the winner were the Australian Grace Brown and the also Dutch Demi Vollering, 43 seconds away.

Meanwhile, the Cuban Sierra crossed the finish line one minute and 58 seconds after the champion, ahead of the stars Liane Lipper from Germany, Katarzyna Niewiadoma (Poland) and Amanda Spratt (Australia).

With her victory, Van Vleuten succeeds his compatriot Vollering, starter in 2021, in the record.

Later, the 108th edition of the men’s race will be held over a 257.2-kilometre route with start and finish in the Belgian town of Liège, where a new champion will celebrate, after the absence of the winner in 2021, the Slovenian Tadej Pogacar.