Cuban cyclists for more quotas to the 2023 Central Caribbean Games 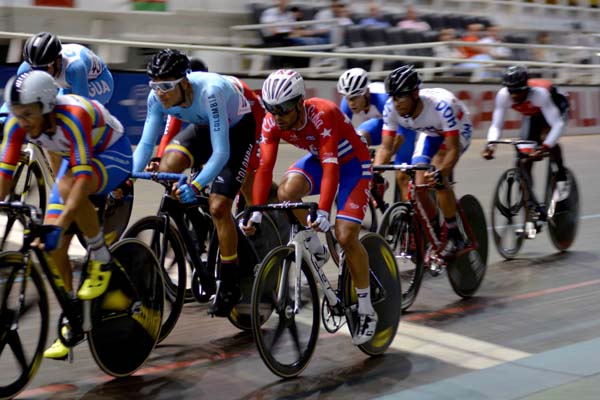 Seven men and four women will attend the Trinidad and Tobago 2022 Caribbean Track Championship, scheduled for November 11-13, with the aim of seeking more places for the Central American and Caribbean Games in San Salvador 2023.

The men’s group is made up of Alejandro Parra and Douglas Parrado from Holguin, Tony García and Rolando Cairo from Artemis, Gian Carlos Hernández from Villa Clara, Brayan López from Sancti Spiritus and Leandro Marcos from the capital.

The latter, the most experienced of all, quickly recovered from a collarbone operation thanks to the care received at the Frank País hospital and his discipline and effort to complete the preparation.

The female quartet is made up of Claudia Baró and Aylena Quevedo from Matanzas, and Daymelín Quesada and Evelyn Díaz from Holguin, informed the national cycling commissioner Pablo Arturo Campins.

Accompanying the group are trainers Francisco Leguén, Yan Carlos Arias, Joel Leal and Nelson Jacomino, and mechanic Fabio Medina. At the head of the delegation is the methodologist Luis Sabourín.

Cuba has 11 seats guaranteed for the San Salvador 2023 Games, eight for the ladies and three for the gentlemen.

“In the Trinitarian event we aspire to complete the 20 classifieds that are regulated by nations on track, route and mountain bike,” said the manager.

“We trust that the girls will achieve the two missing places in this genre and that their companions, with a more difficult goal, can reach the seven pending tickets,” he added.

At the Trinidad venue, only the champions of the Olympic events will certify spaces for San Salvador 2023. In each gender 12: team speed (3), team pursuit (4), Madison relay race (2), speed, keirin and omnium ( 1).

«If a winner already has a quota, that place will be obtained by whoever follows him. An example is Parra, who classified the country in omnium, but it is necessary for him to attend so that he can possibly run the Madison with Leandro. At the same time he can gain experience, essential for young figures who aspire to participate in San Salvador 2023 », said Campins.

Cuba won 11 medals at the Central American and Caribbean Games in Barranquilla 2018. In Cali, home of cycling, the girls added five gold, three silver and one bronze; and the men one of silver and another of bronze.

Regarding the places for the Pan American Games in Santiago 2023, the national commissioner declared that “so far we have one thanks to the victory of Claudia Baró in the Caribbean road championship, held in October in Santo Domingo.”

The next qualifying event for this multi-sport event will be the continental road race, announced for Panama in April of next year, he said.