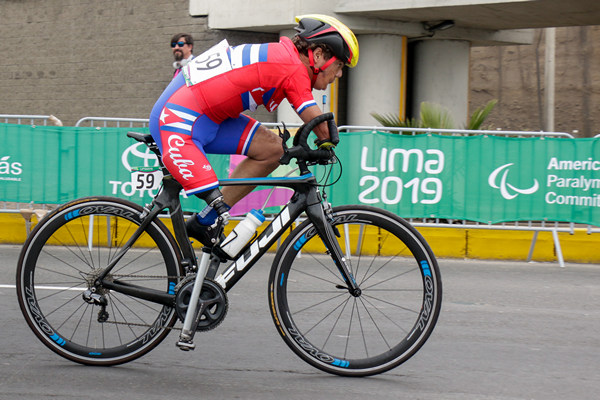 Cuban cyclist Damián López has qualified for the Paralympic games for the third time. Thus, after attending London 2012 and Rio de Janeiro 2016, he will compete in Tokyo 2020 between August and September.

The good news was known through his coach Jorge Luis Báez, who hopes that his other student, Jorge Luis González, will be confirmed by the International Paralympic Committee with a wild card.

“There was a qualification project from October 2018 to October 2019. He had participated in some world cups and when we attended the world championship in Portugal this month they informed us of the place,” explained Báez.

The 44-year-old López has competed on track and road in three Parapan American games. This year he and his partner attended the world cup in Ostend, Belgium, which preceded the world championship.

“In the first event Damián reached 25 points and Jorge Luis 16. On the individual route they finished in ninth places in their respective functional categories,” he pointed out.

The experienced Havanan rider belongs to the C-1, due to his disability in his arms and one leg, in which a prosthesis can be placed to compete.

González, a native of Cárdenas, Matanzas, is included in the C-2, in which he runs without replacements on his missing leg. In his history he adds the Parapan American Games of Lima 2019 and the aforementioned events of this 2021.

Two Cuban paracyclists competed for the first time in the continental competition in Peru, under the supervision of Báez, who led López in Rio-2016 and since then has been in charge of preparing the Cubans.

«At the Tokyo event he will compete in the kilometer (track) and in the two road events, time trial and route. If Jorge is finally invited, he will do so in the individual pursuit and in those two long-term events, “said the seasoned coach.

Báez and his disciples returned from Europe on June 14 and after completing the isolation they restarted the preparation with days at the velodrome and the surrounding roads.