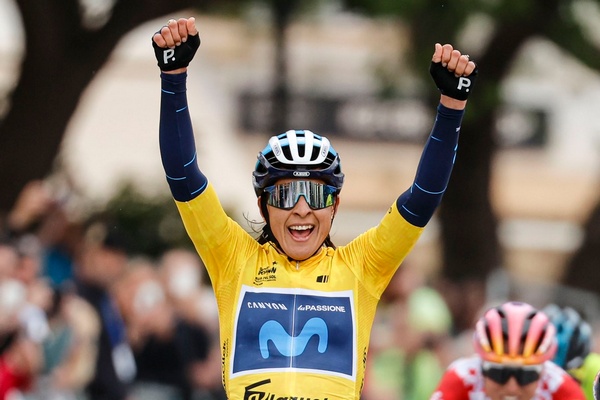 The Cuban cyclist Arlenis Sierra won this Wednesday the second stage of the Vuelta a Andalucía, in Spain, where she also triumphed the previous day among the 17 registered teams.

The Movistar team, one of the three best in road cycling, stood out for its collective work, especially Sierra’s effort to connect with an advanced breakaway six kilometers from the finish line.

Colombian climber Paula Patiño stood out in the abrupt route, to provide options to Sierra, leader of the blue team with which she debuts this season.

“A new collective exhibition for the Movistar Team and a new victory for Arlenis Sierra in Mijas”, announced the directors of the cast on their institutional profile on Twitter, after reviewing the race in which another great favorite, the Spanish Mavi García, was again a serious rival for the Cuban

The second and penultimate stage of the Vuelta was 118.9 kilometers from Malaga to Mijas, with flying finishes at kilometers 4.4, in Alhaurin de la Torre, and 100.9, in Coín.

In addition to the manzanillera and the Colombian Patiño, the Spanish Sara Martín, the Serbian Jelena Eric, the Norwegian Katrine Aalerud and the Australian Sarah Gigante compete for Movistar.

Sierra won the first section and the overall leader’s yellow jersey on a 105.5 km coastal and steep course from Salobreña to Arenas.

This Thursday, with the Cuban at the top of the general and points classifications, will be the queen and final stage, 138.9 km from Fuengirola to Castellar de la Frontera.