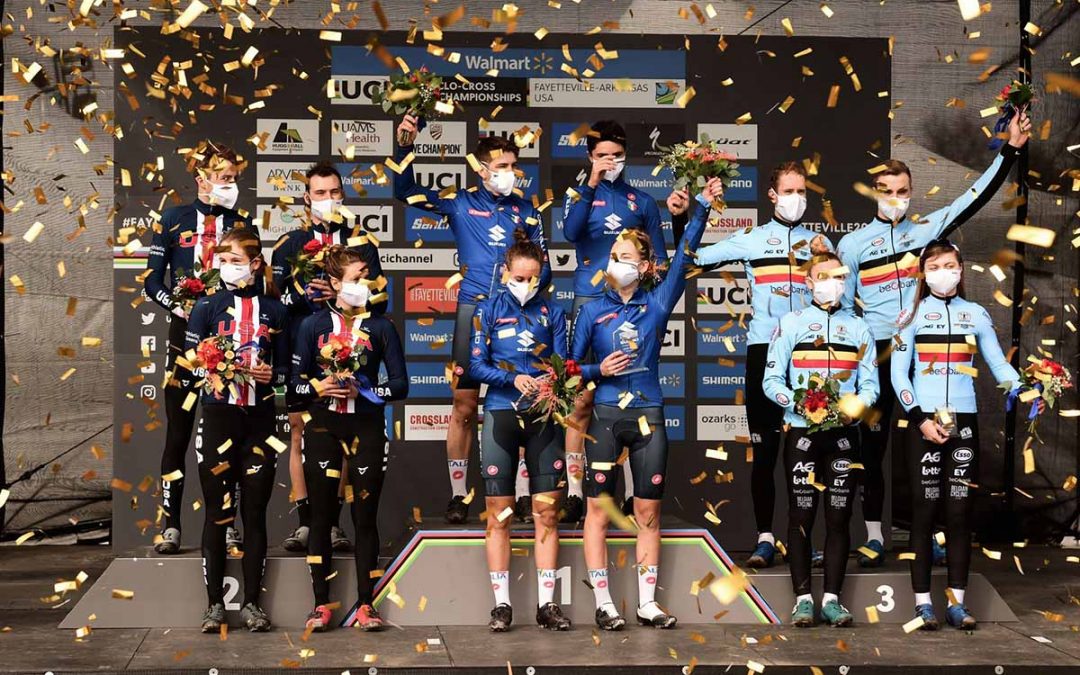 In a dry and very fast circuit, the Dutch Marianne Vos continued to make history with her eighth world title, by winning the women’s event of the Cyclocross World Championship, which began this Friday in Fayetteville, Arkansas, (United States), where the local representation won a second place in the relay event, only surpassed by the Italian team.

In the women’s specialty, from the first round the five Dutch women were in the lead, but the best three immediately remained: Lucinda Brand, dominator of the season; Marianne Vos, holder of seven world titles, and Ceylin del Carmen Alvarado, who also knew what it means to win a world championship.

Halfway through the race, the cyclist of Dominican descent gave in and was unable to follow her two teammates. In the final sprint, Marianne Vos clearly took the lead and left Brand with the silver, while Ceylin Alvarado crashed on the last lap and was unable to fight for the bronze against the Italian Silvia Persico, who has driven the last four laps with her .

“It’s unbelievable. Now I just can’t believe it,” Vos said of his win in the mixed zone. I believe it.

“It was such a tough race. I knew Lucinda was going to be very, very hard to beat and she put some pressure on and I tried a little pressure but it’s very hard to get away and so I knew I had to try to stay calm and try to get things right on the last lap and then focus on the sprint.

The silver of the United States in the relay

In the debut of the Team Relay competitions in the cyclocross world championship, Italy took the cake, but our continent, through the United States, took out a glittering silver medal and Belgium finished third.

Finally, Zoe Backstedt (Great Britain) lived up to all the hype leading up to the junior crown discussion (f) as the heavy favorite for the junior women’s world title in Fayetteville, Arkansas. She pulled away on the first lap and built an unassailable lead on each of the five laps to win the junior title at Fayetteville.