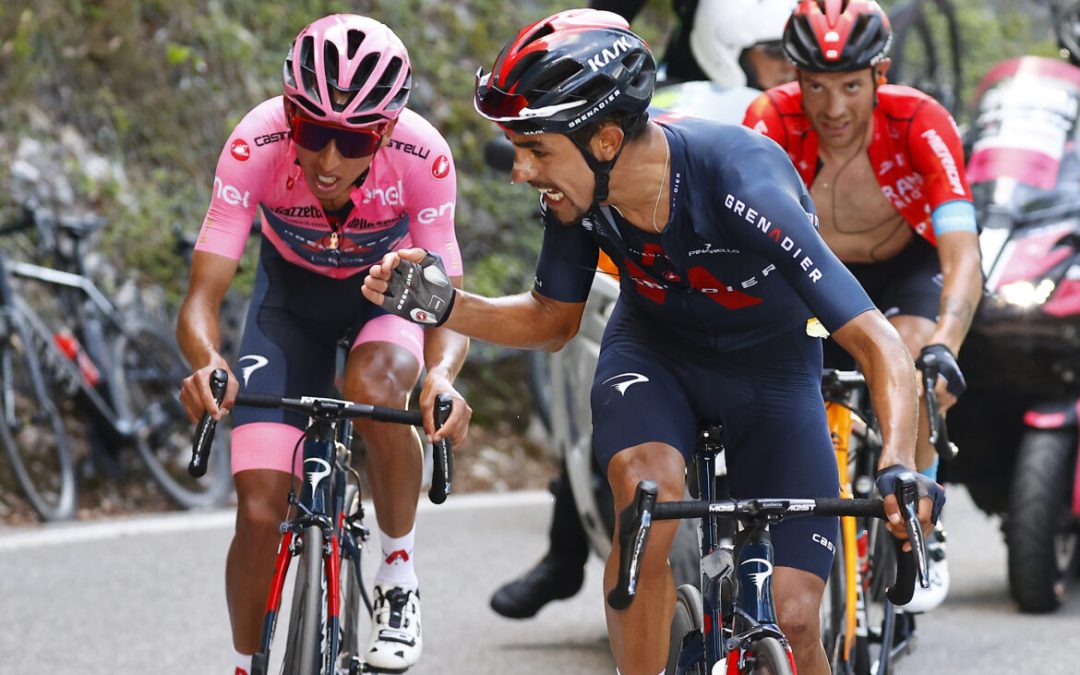 Daniel Felipe Martínez Poveda and Egan Bernal will prepare the next edition of the Tour de France. The Ineos Grenadiers cyclists will be chosen to lead the British squad during the next edition of the most prestigious race on the international calendar. Both still have a lot to prove for one reason or another in the month of July, so this edition of the 2023 Tour is presented as key in their respective futures.

First of all, Daniel Felipe raised doubts due to the alleged flirtations with other squads. He came to think that he had signed a pre-agreement with Bora Hansgrohe, with Education First, although he finally opted to renew with his current squad. A very complete runner, who climbs with good performance and time trials among the best in the world. The problem is that in this case, facing the 2023 Tour, he will only have to develop his climbing ability, so he will not be able to take advantage of others in the fight against the clock.

However, he has a journey with multiple stages without excessive hardness and where the Ineos Grenadiers can obtain good positions and then defend them decisively in the mountains. In the 2022 edition, things did not end up working out for him, it is true, although it is evident that he did not do so badly either. He had a series of physical problems that prevented him from performing at his best, although in the Pyrenees he was already able to show a level much closer to what Martínez Poveda supposes as a runner.

He will have an intense spring, like the course that has just ended, but also with an eye on being an alternative to Pogacar and Vingegaard in the French round. He shouldn’t be a match for them if the expected level is maintained, but in three weeks many circumstances occur that make the board change completely from one year to the next. There the Colombian will be prepared to be the alternative and, at least, aspire to occupy that third place on the podium in Paris that would definitively place him among the international stars of cycling.

On his side, Egan Bernal will also be part of the 2023 Tour. Absolutely nothing is expected of him. Not because of his quality, amply demonstrated, but because he will run without any pressure. The objective is to recover sensations, to see again how to feel like a cyclist and to feel progress. It may be a more realistic goal to participate in the Vuelta a España after having proven yourself on the best stage in the world. The Spanish round will have a very tough route that suits the Colombian perfectly, although the competition will be less.

In September, with many of the peloton leaders having finished their season at the Glasgow World Championship, it is a unique opportunity to try to get competitive again. If things go well in the Tour, in the Vuelta everything would be different, with the winner of the 2021 Giro looking for a good position in the final general classification and, why not, trying to fight for victory against all the stars who come together in the three weeks of the Spanish round.

Both, both Egan Bernal and Daniel Felipe Martínez, represent a good combination to lead a squad. Both are supportive when they should be and know how to work if they feel they have less options than their partner. They already made a very good tandem in the Giro d’Italia that the Colombian took home with both finishing in the top 5 despite Martínez having worked for Bernal, this one being the pink jersey. A duo that understands each other and that given that Bernal will still need to continue working to reach his best level, it may be his best weapon.

Alone they are two good cyclists. Together they can form a very powerful Ineos Grenadiers block that seeks to find a mutual solution in the big mountain stages. There the role of both will be very interesting, since even when they are both in a good position, they can afford to play two tricks for the general classification and alternate, for example, giving the surprise at the head of the race. The other teams will start with a single leader and thus have a single trump card to play in tactical situations.

It will be a good touchstone for Egan, but very important for Daniel Felipe if he wants to continue counting on gallons for the future in the grand tours. In those of a week his skill is beyond doubt, but a new failure on the Tour could fuel the doubts that exist about his consistency during the three weeks that a Big one lasts.