Daniel Martínez champion of the Tour of the Basque Country 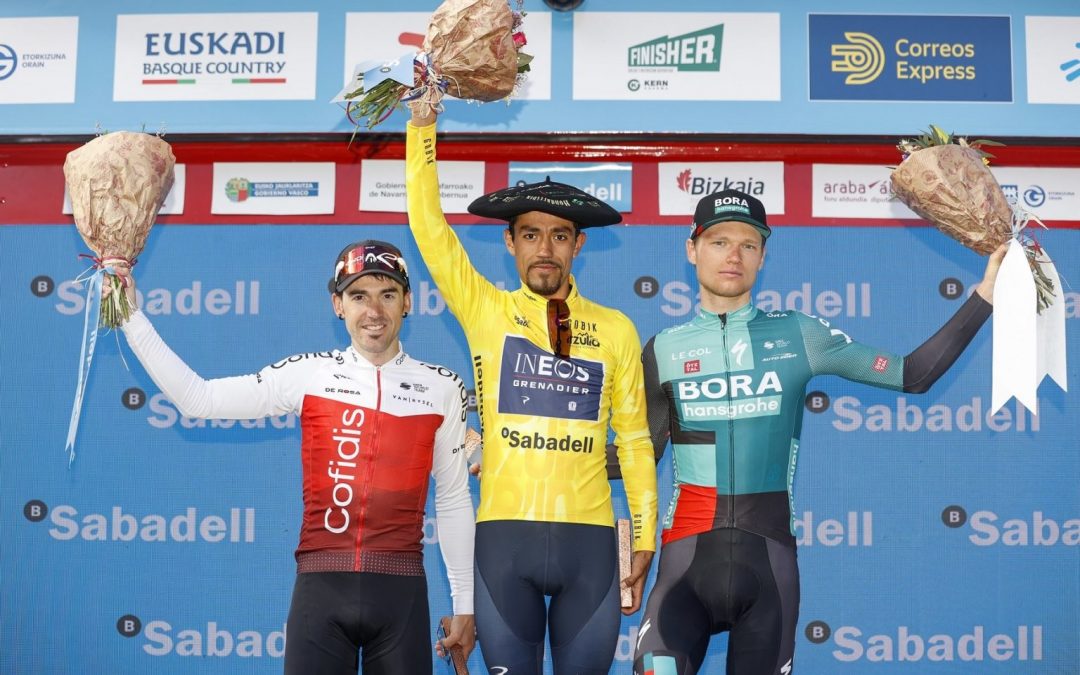 The Colombian Daniel Felipe Martínez became champion of the Vuelta al País Vasco 2022, after taking the lead from Remco Evenepoel on the last day. The INEOS Grenadiers ‘beetle’ did not hide his desire to go to the Tour de France and compete for the title with the best.

The native of Soacha thanked his squad for the work done throughout the week. About the last stage, he mentioned: “It was an extremely hard day. The idea was to make the race hard on the climbs so that Remco would arrive empty on the last ascent”.

“He was 2″ behind Remco, which was very difficult because he is very complete. On the climb he lacks a bit, but today he has remained very solid until the end. On the last climb we were all very even”, added Martínez, who once the Belgian dropped out took responsibility among the favourites. “When I saw the attacks start, I put a very strong rhythm and we were able to keep the title.”

At one point, the Colombian was cut from the batch of candidates, joining forces with Evenepoel. “Enric Mas crashed on the descent and I was cut off between the two groups. So we decided to wait for Remco and work together to get ahead. We have achieved it, although we suffered ”, Dani mentioned, about his alliance with the Quick-Step runner.

Finally, although he has not wanted to confirm which grand tour he will go to, he was asked about a possible participation in the Tour de France. “For the Tour there is still a long way to go. The team has clear goals. There are very strong runners, so I am available for what the team says”, concluded Martínez, who last year was uncovered by doing a great Giro d’Italia and finishing 5th overall, despite working for his teammate Egan Bernal.