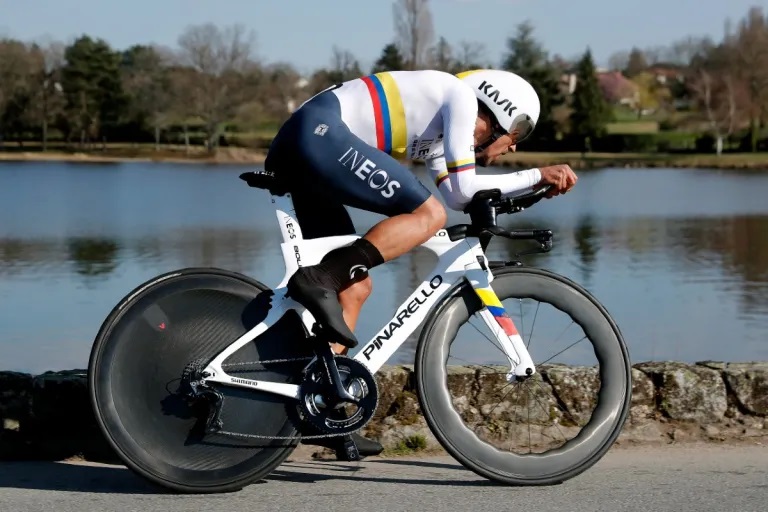 The Jumbo-Visma team swept the individual time trial of the Paris-Nice making the 1-2-3 on the podium, during a day where the best for America was in charge of the Colombian Daniel Martínez, tenth in the stage and seventh now in the individual general classification 1:06 minutes behind the leader of the race, the Belgian Wout Van Aert.

The Belgian won the ITT of the “Carrera del Sol” disputed between Domérat and Montluçon over 13.4 kilometers. With his display, the rider became the new leader of the French round.

The all-rounder was the best of the fourth day beating his teammates Primoz Roglič and Rohan Dennis, in a new task for his team. The Belgian champion used a time of 16:20″ at an average speed of 49.22 km/h.

The Colombian Daniel Felipe Martínez (Ineos Grenadiers) put in an outstanding performance, occupying the tenth spot with just 28 seconds difference. While the Colombian star Nairo Quintana (Arkéa Samsic) was in intermediate positions at 1:17″ from the winner.

The decisive day began under pleasant weather. The Australian cyclist Rohan Dennis (Jumbo-Visma) set the first reference time, stopping the clock at 16”26”, marking the leading role in the first part of the fraction and until part of the end, where he was only surpassed by two runners. .

In the end, his colleagues from the Jumbo would unseat him. First, Primoz Roglič surpassing the Australian partial by 4 seconds and then Van Aert who did it 2 seconds faster than the Slovenian, taking the victory of the day against the clock.

As for the general classification, Frenchman Christophe Laporte (Jumbo-Visma) lost the leader’s jersey to his teammate Wout Van Aert. The second classified is Primoz Roglič and the former leader was 28 seconds behind in third position.

The ‘Carrera del Sol’ will continue this Thursday with the dispute of the fifth stage, a day of 188.8 kilometers starting in Saint-Just-Saont-Rambert and finishing in Saint-Sauver-De-Montagut.