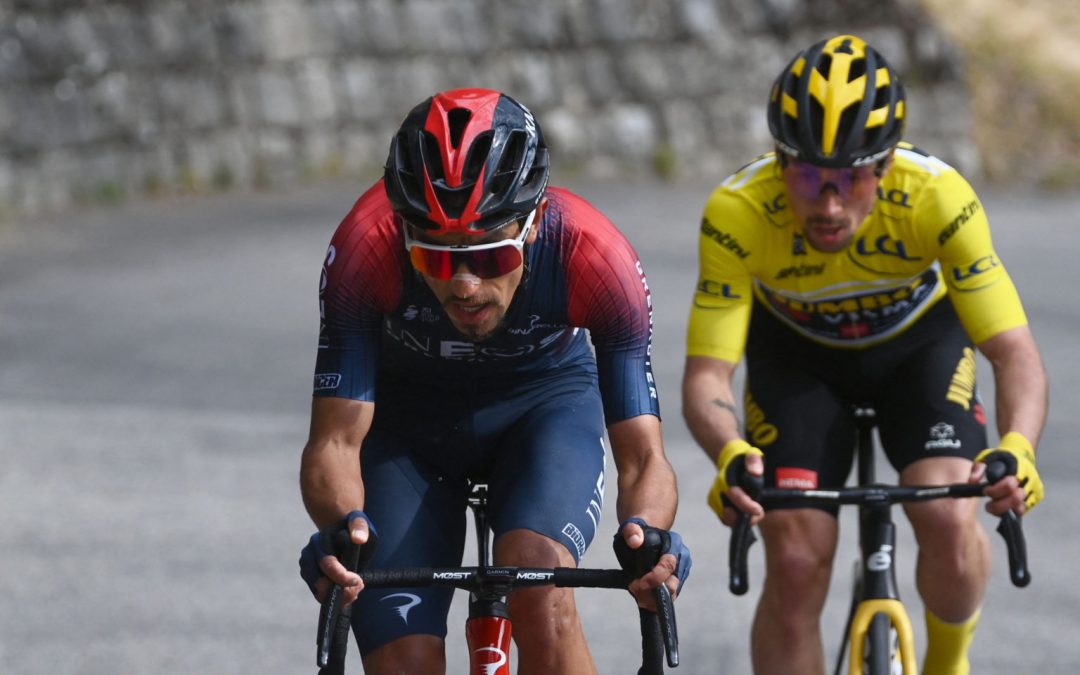 With a month to go before the Tour de France kicks off, expectations centered around INEOS are high as usual. But particularly, unlike other editions, they know that in this one they will not have the strongest man and therefore they will require alternatives to be close to the imposed demands.

The Colombian rider Daniel Martínez has given the feeling of being the right one for it and although he feels strong, he is not for now the number 1 player of the English. “If I arrive well I can face the Slovenians,” he said convinced in an interview with France24.

“At the moment the leader for the Tour de France is Adam Yates, I am second, in the team we will see how we move our cards”, confirmed the native of Soacha, who also visualizes other teammates on that leadership pedestal. “There is also Geraint Thomas, who has already won the race and knows it very well. Those are our three cards,” he added.

Despite this, in the ideology of many, the Colombian should assume the stripes as the race progresses, this, if what happened throughout 2022 is replicated, where he has proven to be the strongest in the block.

“Without a doubt this has been my best year”, agreed the winner of Itzulia, who even placed himself on a par with those called to dispute the yellow of the gala round. “If I get to the Tour well I can face the Slovenians”, he opined.

How to overcome them? “The superiority of Roglic and Pogacar in the time trials is obvious, I have to search the mountains and take advantage of the strength of the team on the cobblestones and fans”, analyzed Martínez, who, for example, in Paris-Nice was at the level of Primoz, without giving up very much to the clock and keeping up with him uphill.