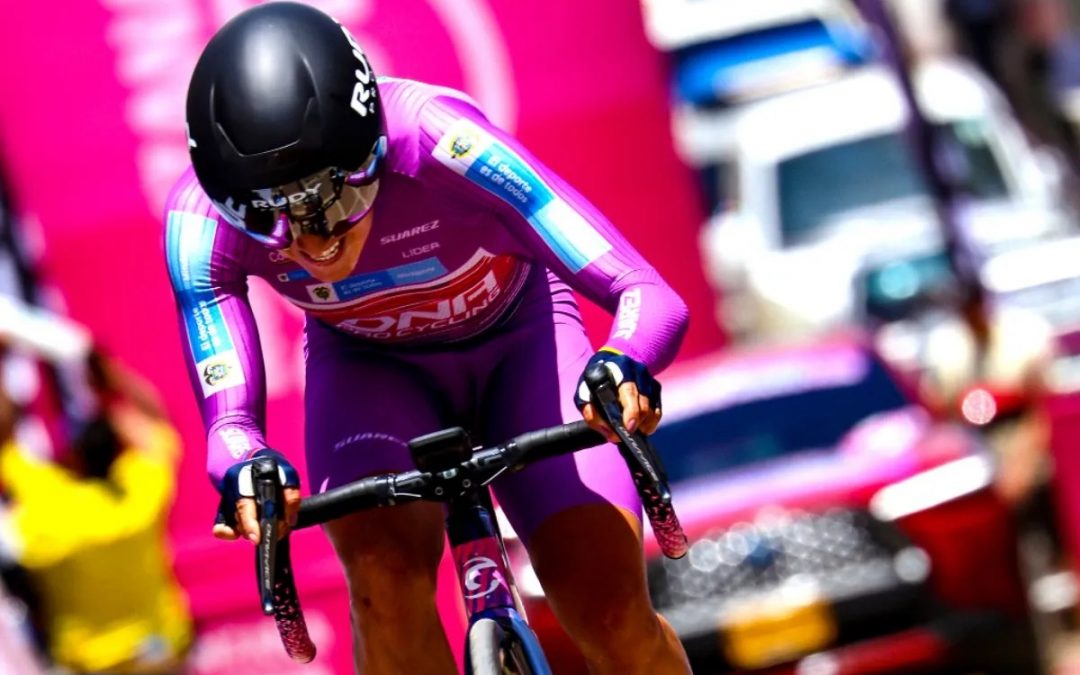 Amazing!! Diana Peñuela was once again the best in the Women’s Tour of Colombia. This time the national road champion dominated the individual time trial, which started in San Gil and ended in Barichara.

The rider from Manizales, won her fourth consecutive victory, reinforcing the general leadership by a wide margin, which gives her confidence to enter the high mountain days with a certain advantage over her rivals.

A lot of movement was presented in the hot seat. In the first batch of riders, the Ecuadorian Natalia Vasquez (Movistar Best PC) and the Colombian Grabiela López (Sistecredito GW) stood out. In the continuity of the arrivals, the foreign credits of the specialty, Ana Vivar (Movistar Best PC) and Shoko Kashiki (Team Illuminate), did not clash and were located in the first positions.

Lugo came out the favorites, where Ana Milena Fagua from Boyacá (Indeportes Boyacá Avanza) was one of those who stood out, but she was not enough to get on the stopwatch podium of the day. In the end, with full cadence, Peñuela confirmed her great moment to run as she would be a contender for the title, that on that occasion she is getting closer to her in the absence of two mountainous fractions.

The Colombian round for women will continue this Saturday, August 13 with the fifth stage with a 103.4-kilometer route, which will take the riders from Curití, passing through Aratoca, Pescadero, Piedecuesta, Floridablanca to finish in the city of Bucaramanga.