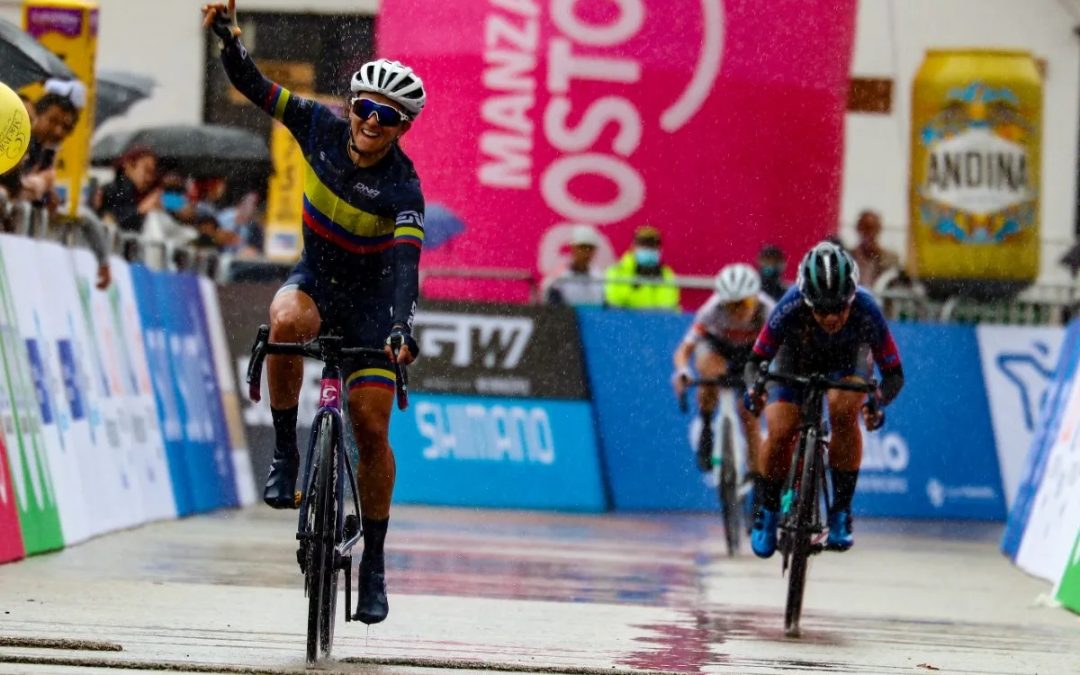 In an exciting finish with several steep slopes, Diana Peñuela (DNA Pro Cycling) won the first stage of the Women’s Vuelta a Colombia 2022, run over 112.2 kilometers, starting from Sopó and ending in Tunja.

In Sopó, 157 cyclists, from 29 teams, took the start on the opening day of the Colombian round, which is part of the UCI 2.2 category, and which this year celebrates its seventh edition.

In the early stages of the Colombian round, two cyclists were involved in a heavy fall that forced them to abandon the competition. The unlucky ones were the sub-23 runner Luisa Sanabria from Santander-Macro Origami and the cyclist María Montaño from the Colombian Armed Forces.

Passing half of the day, the rain was the great protagonist, which made the fraction very hard despite the fact that the terrain was flat with a slight tendency to climb. The main role in the approach to the capital of Boyacá ran from the Canadian Emily Marcolini (DNA Pro Cycling), who did an excellent demolition job and was in charge of selecting the great peloton.

Entering the final stretch, one of the favorites, the Japanese Shoko Kashiki (Team Illuminate) went to the floor. In the last kilometer he arrived with a very small lot where in the first instance, the foreigner Marcolini set the pace.

However, the first to move were those from Colombia Tierra de Atletas GW Shimano with Lina Marcela Hernández, who immediately had a response from Diana Peñuela (DNA Pro Cycling), who took a resounding victory and therefore the leadership of the event.

This Wednesday the second part of the Colombian round for women will take place, designed over 101.1 kilometers between Paipa and Villa de Leyva, which offers a leg-breaking day in the first half of the route, but the end will be on flat terrain.