Diego Arboleda, champion of round 1 at the UCI BMX World Cup in Glasgow 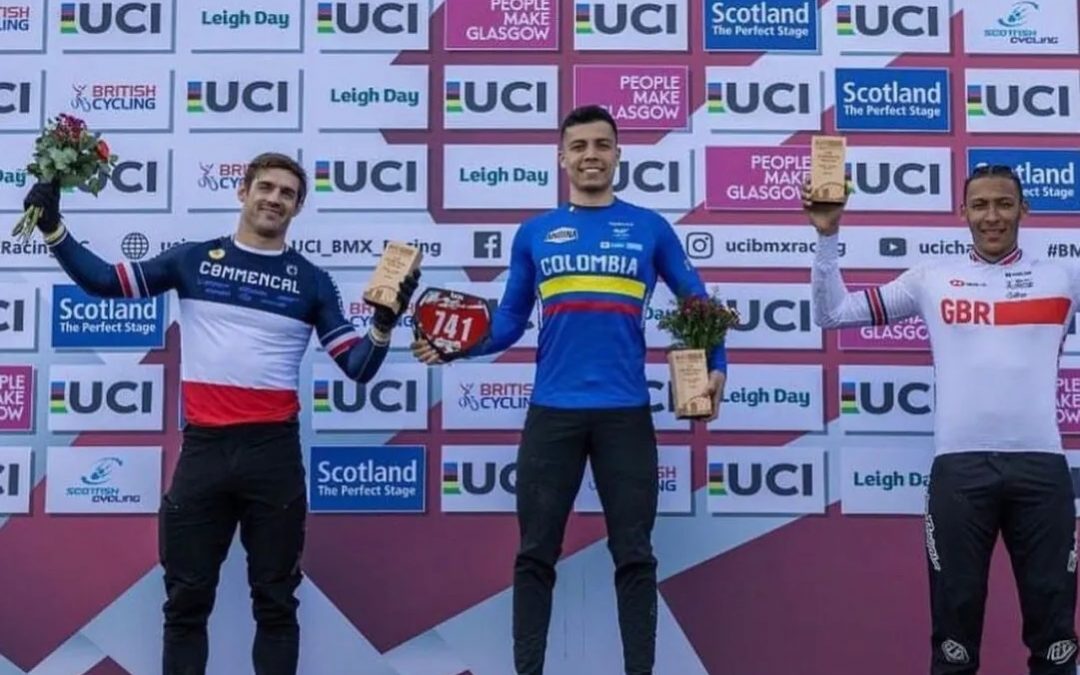 This Saturday the first round of the UCI BMX World Cup was held in Glasgow, Scotland, an event that was won by Diego Arboleda from Antioquia in the elite men’s category.

Arboleda confirmed his great sporting moment, which places him as the current leader of the UCI world ranking in BMX, after winning the final with a time of 33.868, and beating the Frenchman Sylvain Andre (33.996) and the British Kye White (34.420). , second and third, respectively.

Also competing on the first day were cyclists Vincent Pelluard and Carlos Alberto Ramírez, from the Colombia Andina team, who advanced to the round of 16.

In the elite women’s competition, triple medalist Mariana Pajón advanced to the semifinal of the event, but she finished her participation in ninth place. Gabriela Bollé, who also reached the semifinal and competed with the endorsement of the Colombian Cycling Federation, finished in 13th place.

In the U-23 category, the South American Manuela Martínez finished in 12th place, after advancing to the semifinals, while Juan Esteban Naranjo, Juan Camilo Ramírez and Jersy Alejandro Duarte reached the round of 16.

This Sunday the second round of the UCI World Cup will be held in Glasgow, in which Colombian cyclists will seek to continue adding valuable points for the UCI world ranking.