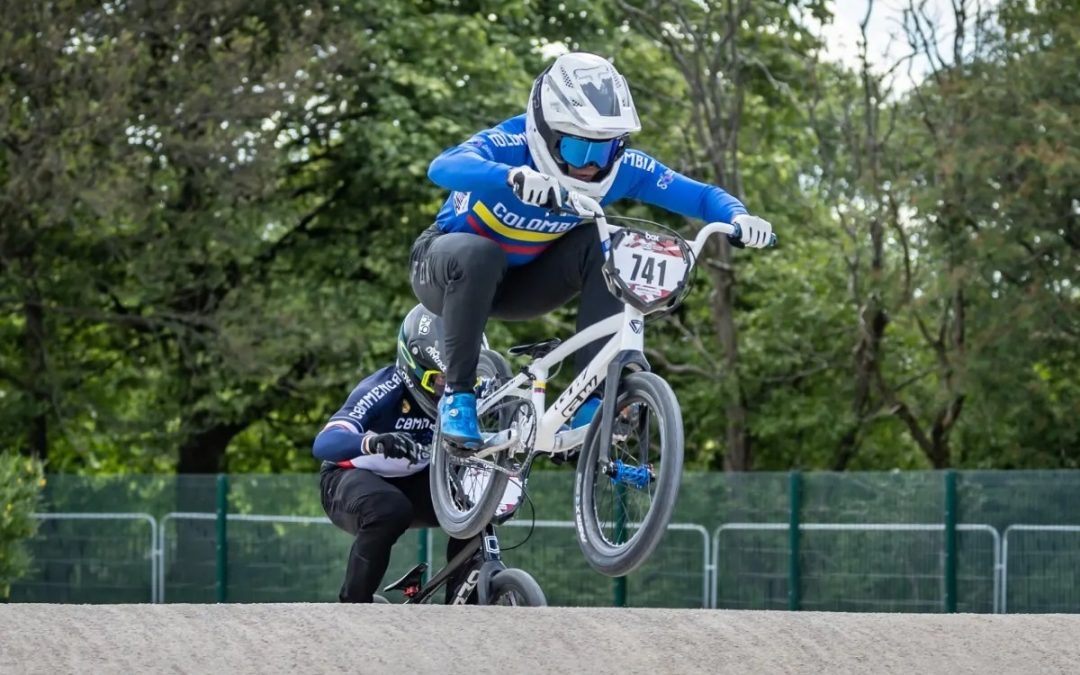 This Sunday the II Round of the UCI BMX World Cup was held, which took place in Glasgow, Scotland, and in which Diego Arboleda, current leader of the UCI world ranking in this discipline, was the most outstanding Colombian of the day.

Arboleda finished fourth in the final of the men’s elite category, in which Carlos Ramírez and Mateo Cardona advanced to the semifinals, and Vincent Pelluard, to the round of 16.

A great weekend for Diego, who had won the first round and scored 250 points in the two days, which keep him at the top of the world rankings and are valuable on his way to this season’s World Championship and the Olympic Games Paris 2024.

On her part, in the women’s elite category, Mariana Pajón advanced to the semifinal, while Gabriella Bolle, who competed with the endorsement of the federation, placed 15th overall. The ‘Queen of BMX’ added 125 points, which places her in the Top 3 of the UCI world ranking for women.

The Colombian Andean BMX Team, under the guidance of national coach Germán Medina, will remain in Europe to compete in rounds 3 and 4 of the UCI World Cup, which will take place on June 11 and 12 in Papendal, Countries Low.