Diego Montalvo dominated the penultimate round of the Tour of Ecuador 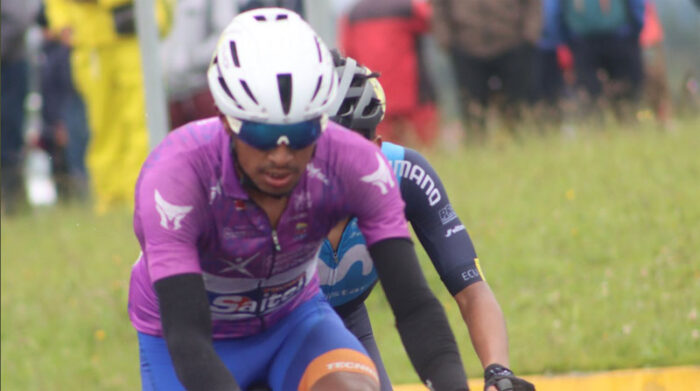 Diego Montalvo, from Team Saitel, won the seventh stage of the Tour of Ecuador that ended in Cayambe on December 14, 2021. It was an exhausting day that began in Tulcán, in which one of the favorites suffered a strong fall and in which Wilson Steven Haro managed to maintain the lead of the general classification.

This December 14, Montalvo beat Lenin Montenegro, from Movistar Team Ecuador, in the final sprint, who lost the leader’s yellow jersey the day before.

The unfortunate thing about the day was the fall of Joel Burbano from Carche, one of the main protagonists of the Vuelta al Ecuador in its 38th edition.

The athlete from the Sin Fronteras team fell in the Valle del Chota sector and suffered an exposed fracture of the clavicle. The organizers confirmed that the athlete was transferred to a medical home. He will undergo surgery on the afternoon of December 14.

Another favorite, the experienced Byron Guama of the Best PC team, was also involved in the crash. Guama received attention from paramedics at the scene of the fall and was able to continue in the race to consolidate himself as third overall. Second in this classification is his teammate, Venezuelan Anderson Paredes, just over a minute behind leader Haro.

“I showed that I have the legs to take this return home. I will do my best to give this to Pichincha, who were the ones who trusted me”, Wilson Haro, general leader of the Vuelta.

The final day will be held in Quito, with a circuit in the Middle of the World sector. It will be the last 100 km of a total of 1218 of the current edition of the Tour of Ecuador. The beginning and the arrival of the eighth stage will be outside the Monument to the Middle of the World. The event will start at 10:00.

The competition began on December 8 in the city of Guayaquil and included a total distance of 1,217 kilometers. The 38 Vuelta a Ecuador has the endorsement of the International Cycling Union, with category 2.2 and is part of the América Tour 2022 calendar.