DISPUTE BETWEEN 27 TEAM OF EDITION 40 TOUR OF INDEPENDENCIA 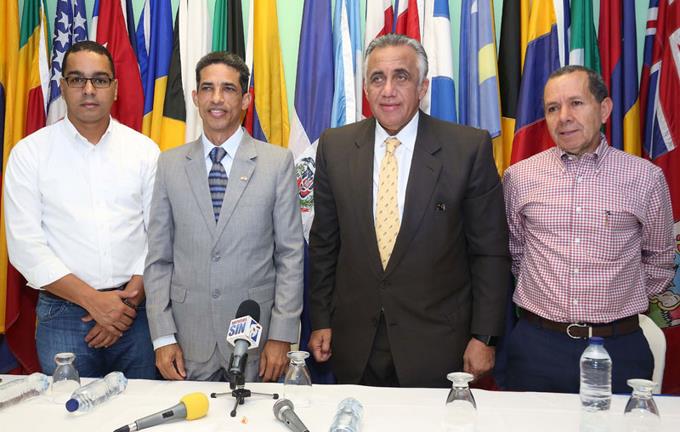 SANTO DOMINGO. Some 27 national and international teams will participate in the 40th edition of the Vuelta Ciclista Independencia, an event scheduled to take place from February 25 to March 3 next.

Jorge Blas Díaz, president of FEDOCI, during the traditional meeting with journalists, an event that was attended by Luis Mejía Oviedo, president of the Dominican Olympic Committee.

“All the versions of the National Cycling Tour are transcendent, but this year’s will have a bit more special because we will celebrate the 40th anniversary of seeing it celebrated,” said Blas Díaz, who was in charge of the central words in which they were given. all the details of what will be the event, which will bring together many of the best riders in America.

Turn number 40 is dedicated to the journalist Héctor J. Cruz, sports editor of Listin Diario, who led the organization of the first event in 1979.

With 27 national and international teams, the Vuelta will have a very high level cyclist, who will represent 30 nations, even with selections that will represent both Central America and South America, “said Blas Díaz.

“La Vuelta Ciclista is an event of the country in a general sense, of the country that commemorates our independence, it is not specific to the Cycling Federation, because as human beings we are passing, but it is a fair that must continue its trajectory” added Blas Díaz.

Blas Díaz said that the organizational logistics is assembled and in the next few hours they hope to finish solving some economic issues so that this 40th edition is carried out as it deserves the quality and importance of it.

The president of FEDOCI said that he is waiting for the President of the Republic, Danilo Medina, to give the approval to give the flag of honor on Monday at 9 o’clock in the morning, which would leave from the steps of the National Palace . Failing that, the contest would have its opening from the frontal esplanade of the Olympic Velodrome.

“The Cycling Tour has been a great standard in Dominican sport, has managed to maintain its consistency and is done with great height and a much higher level,” said Mejia on the contest that will have category 2.2 endorsed by the International Cycling Union and that will award points for the Olympic Games in Tokyo in 2020.