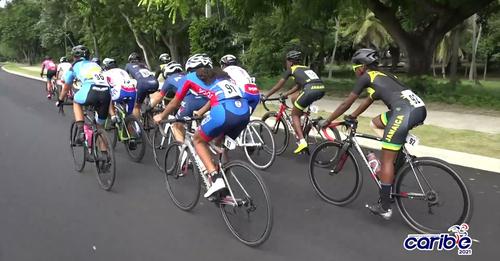 With two golds on the closing day, the Dominican representation prevailed in the Caribbean Route Championship, youth category, which was held in the capital of Santo Domingo, where nations from 10 nations and more than 80 met. pedalists.

The talented local cyclist, Flor Georgina Espiritusanto, reached her second gold medal in the competition, dominating the 60-kilometer route, ahead of the Jamaican Chanell Rusell and her partner Karel Ramírez. “This is just a boost for what I want to achieve in cycling,” the double monarch told local media.

Another host who repeated his triumph was Juan Sebastián Venegas, in the pre-youth category. The 70-kilometer test totaled a Dominican podium, as in addition to Venegas, Rodrigo Alonso and Jhoan Rodríguez surpassed the rest of their rivals.

Among the men, Belize gave the surprise with the title to the account of Derrick Chavarría, who left for the silver and bronze the Dominicans Frailyn Bierd and Danielky Cedeño, respectively.

Finally, in the pre-youth category, for women, the Puerto Rican Rosely Mercado improved her silver from the previous day by finishing with gold on the 60-kilometer route, after a sprint in which she beat the Dominican Scarlett Rodríguez and the Aruban Rebecca Jansen.

In the final table by countries, the Dominican Republic dominated the contest with four golds, an equal amount of silver and three bronzes; Puerto Rico seconded it with a title, a runner-up and two third seats; while Bermuda and Aruba anchored third with a medal of each color. In fourth place was Belize with a gold and a bronze; while Jamaica closed with a silver booty.