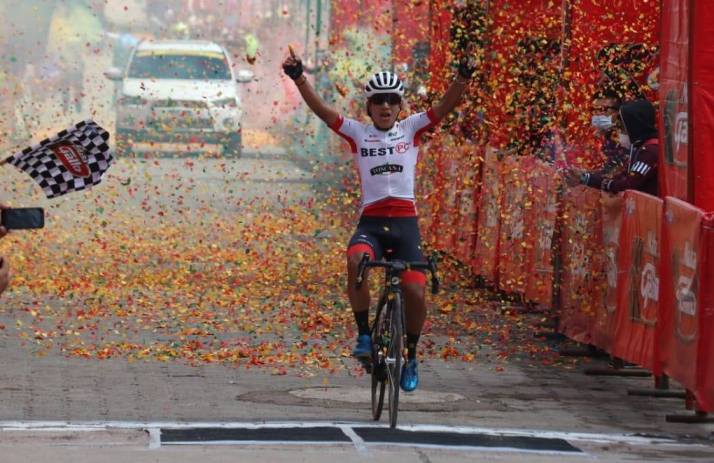 With Harold López and Byron Guamá, the Best PC-Toscana Team won the sixth stage of the Vuelta a Guatemala, run this Wednesday between San Francisco el Alto and Esquipulas Palo Gordo.

With 2 hours 36 minutes 13 seconds, López closed the stage alone, 44 seconds behind a batch of four riders who arrived led by Guamá, who recovered a position in the general to place third.

At the entrance to Esquipulas, the ibarreño secured the first place of the stage. López crossed first in the mountain prize and had a clear path to reach the goal.

The Ecuadorian continental team also scored with Guamá in the first mountain prize in the Municipality of Palestina, and with Cristian Pita in the first flying goal in Salcajá.

After the sixth stage, the Guatemalan Mardoqueo Vásquez (Hino-One-La Red) continues as the general leader with 20 hours and 46 seconds, followed by the Colombian Santiago Ordóñez (Canel’s pro Cycling) at 4 min 8 s, and Guamá at 6 min 46 s.

The test closes on Sunday and continues this Thursday with the seventh stage between Tejutla and Santa Catarina Ixtahucán, with a route of 101 kilometers.

The stage will have a neutralized start, will contest three flying goals and three mountain prizes, one of the third category and two of the first