DOWNHILL CHALLENGE MEDELLÍN 2018: COMPETITION THAT WILL MAKE HISTORY IN COLOMBIA 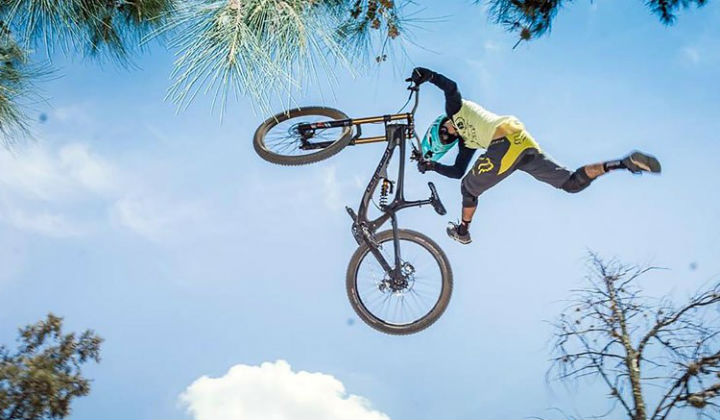 BOGOTÁ. With the presence of the best in the world will be held the first edition of the Downhill Challenge 2018 that will be held in the city of Medellin this Sunday, December 2.

The competition that will make history in Colombia will count the nationals Sebastián Posada, Nikolas Correa and Felipe Rodríguez, who hope to be protagonists and give the fight to the stars of the specialty.

The competition will have in action runners of the size of number one as is the Russian Nicholi Rogatkin, along with Reed Boggs, Jon Buckell, Cody Johnson, Ray Syron, Wil White, Cody Wilkins, Henry Wilkins who come from the United States. From Britain, there will be Sam Pilgrim and Bernard Kerr; of the United Kingdom Patrick Robinson and Harry Molloy.

The Frenchmen Remy Metailler, Yannick Granieri, Antoni Villoni and Adrien Loron will also be present, along with the Spanish Adolf Silva. The Latin American quota is in charge of Bernardo Cruz of Brazil; Pedro Ferreira from Chile; Johnny Salido and Nicolas Cantú of Mexico, among others.

Downhill Challenge Medellín 2018, the first event of this category to take place in the city, arrives in the capital of Antioquia to promote sports, tourism and the economy, thus generating socioeconomic development in Medellín. It is a unique opportunity to reach, from extreme sport, more than 16 million people worldwide and to make known the history of Comuna 13, its struggle, its transformation, its resilience and its potential for the future.

The athletes will descend at great speed on the narrow streets of Comuna 13 in Medellín. During the tour, the riders will overcome obstacles, ramps and perform tricks outside series to be placed in the first position in the best time possible in the longest track in the world of Downhill Urbano, which will have 2,260 meters and will seek to achieve for Medellín the recognition of the Guinness World Records.

This event positions Medellin as a place for extreme sports, strengthening the relationship with the community and young people and promoting healthy coexistence. (www.revistamundociclistico.com)