Echoes, voices and reactions after the Pan American Road Championship 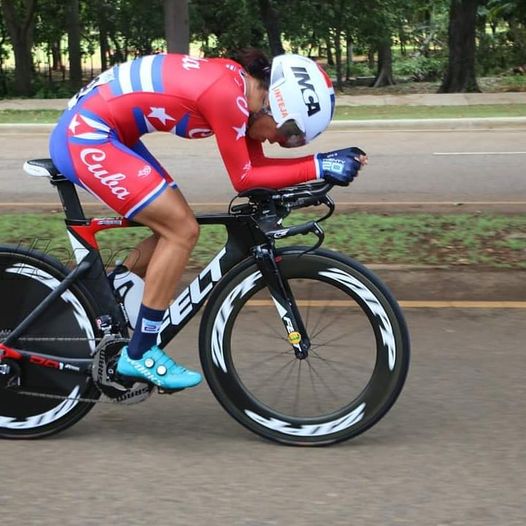 The recently completed Pan American Road Cycling Championship in Santo Domingo, Dominican Republic, left several opinions and comments on social networks from some of the most important figures of our continent, who now rose to the podium. Here we bring you what the Chilean Paola Muñoz, the Trinidadian Teniel Campbell and the Cuban Marlies Mejías wrote.

After her historic triumph in the elite women’s route, the Chilean Paola thanked all those who trusted her, especially her coaches and her support staff. “There were many months of a pandemic in which we did hard work, sometimes without knowing where we were aiming. This gold in the Pan-American will always carry that special memory, having achieved it under very difficult conditions ”.

In her first statements to the press of the South American country, Paola recalled that “cycling has always fascinated her because it is a sport in which there is a lot of speed and physical effort, but also mental strength. Now I just want to continue winning triumphs for my country and that this is not historic, but that we can do it more often ”.

For her part, the Cuban Marlies Mejías, who returned to the roads after a period of maternity, emphasized on her social networks after her triumph in the individual time trial. “It is the same place four years later. I am very happy and I dedicate it to my daughter and my family, who were close to me ”.

The next day, after not being able to achieve a second podium on the route, the cyclist who became the eighth Olympian in the omnium wrote on her personal Facebook page: “We are left with yesterday’s result, today after a strong fall, and bad feelings for the end, could not achieve what I wanted so much, but I have returned more focused than before. Thanks for the support of all the friends ”.

Finally, the Trinidadian Teniel Campbell, silver on the road, reflected a very heartfelt post dedicated to everything that is inspiring with her results in the Caribbean region. “What felt like a victory today was hearing how much I have inspired and given hope to the men and women of the neighboring Caribbean islands. I didn’t win the gold, but the feeling inside of hearing how much I’m impacting and giving them hope was indescribable. “

The most famous Trinidadian runner also assured. “I have received many words of encouragement to continue representing and paving the way for others to follow in my footsteps in Europe. Good to see the Bahamas, Belize and Jamaica with cyclists already competing. There is still a lot to do to stimulate the growth of the sport in my region and become more competitive, but I have no doubt that we are very capable of making a system for ourselves. If I can do it, you can too!