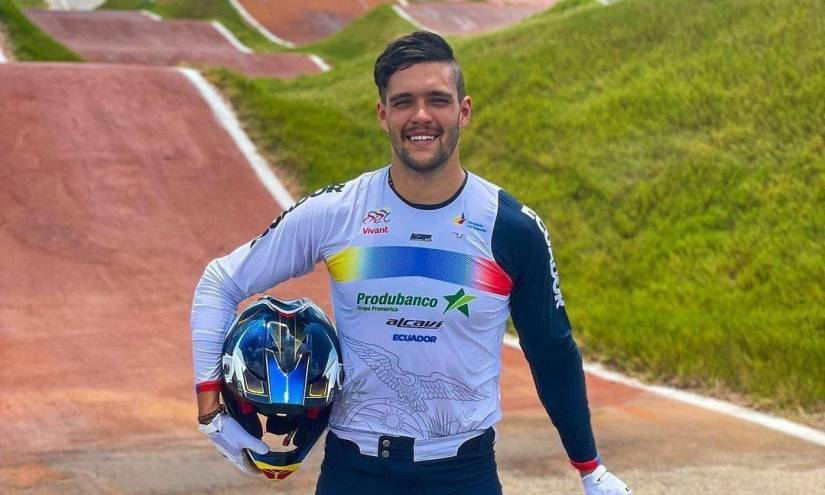 The Ecuadorian cyclist Alfredo Campo climbed to the podium of Round 7 of the BMX World Cup, in the Elite category, which was held in Bogotá, Colombia, after placing third in a test led by the Frenchman Joris Daudet, while that the British Kye White was awarded the silver.

The Azuayan athlete, who was already an Olympian at the Tokyo 2020 Games, expressed after this performance. “Happy, content and motivated, that’s how I’m leaving Colombia, where I officially start my path to the 2024 Paris Olympic Games. The idea is to add the number of points in this type of event to reach the goal,” the tricolor specified.

Campo had a powerful start, climbing to second position, only behind Frenchman Joris Daudet, current European champion and race favourite. In the final stretch, the Australian Izaac Kennedy passed Campo and took the silver medal, while the South American cyclist was able to secure the bronze medal.

This Saturday was the penultimate round of the UCI BMX Racing World Cup, which took place on the Carlos Ramírez track in Bogotá, and the Dutch Laura Smulders managed to secure the overall title of the 2022 UCI World Cup season.

In the elite women’s branch, the triple medalist Mariana Pajón was the only Colombian to advance to the final, in which she would culminate in fourth place in the competition, won by Smulders, who secured her fourth victory of the season in the World Cups and incidentally the general title of the UCI event.

This Sunday will end the season of the UCI BMX Racing World Cups, with the eighth round, which will reward the best of the day and crown the best of the year in each category of this competition.