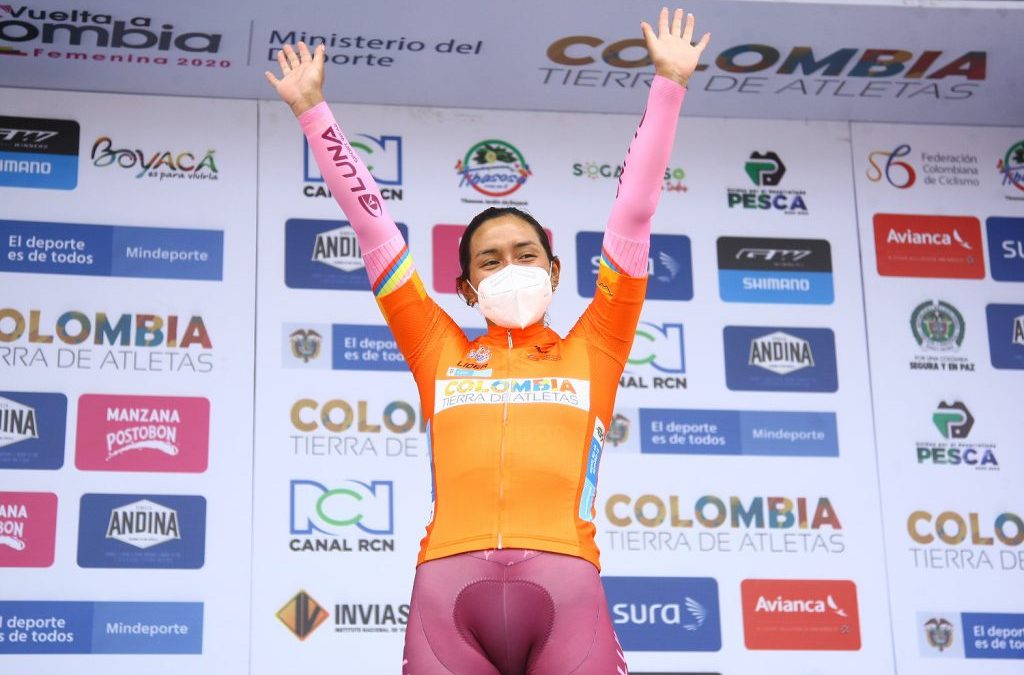 Miryam Nuñez (Liro Sport Alcaldía de La Vega) gave a notable blow of authority this Sunday in the second stage of the Vuelta a Colombia Femenina and became the new leader of the test, by imposing the best record and staying with the partial victory in the individual time trial.

The Ecuadorian runner who was the only one to break down the 25-minute barrier in this exercise at a 15.3-kilometer clock between Firavitoba and Pesca, registered a time of 24 minutes 59 seconds at the finish line, to stay with the victory and become the new leader. Beating Marcela Hernández (Colnago CM Team) by 39 seconds and by 41 seconds the tall María Luisa Calle (JB Flowerpack) who was finally third and achieved an important promotion in the general classification.

As planned, the time trial would dictate an important partial sentence to the general classification, which has Miryam Nuñez as the new leader. The National Champion of individual time trial Sub 23, Marcela Hernández (Colnago CM Team) is second at 39 seconds and the leader Lorena Colmenares (Boyacá Avanza) now occupies the third box at 43 seconds.

The national women’s round continues this Monday with the third fraction, a 78-kilometer stage that starts from Sogamoso, where initially a circuit will be carried out, to conclude in Monguí with second-category climbing, the first high-altitude of the test in which wait one more time, see the big favorites in action.