Eder Frayre goes to Tokyo to compete on the road 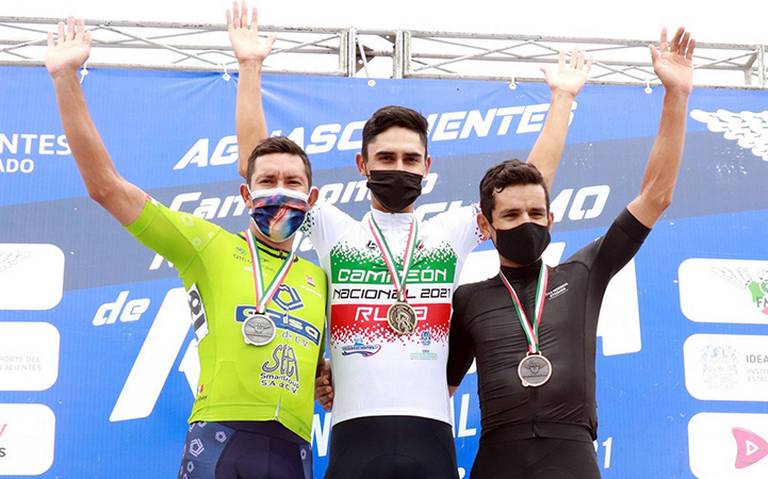 The road cycling selective organized by the Mexican Cycling Federation in Aguacalientes was won with great superiority by the young 29-year-old Eder Frayre, who proved to be eager to compete in the Tokyo Olympic Games.

Eder started a getaway from the first climb and rolled alone for approximately 100 kilometers. Frayre was caught by a small group with 40 kilometers to go and from there he started another race tactic.

The Californian rolled comfortably for a few kilometers until two riders suggested a second getaway. He quickened his pace and after running 226 kilometers, with a final photograph and deserved justice, he was the first to cross the finish line with his front wheel.

The second place, by thousandths of a second difference, corresponded to Orlando Garibay from Jalisco; while for the third step was Flavio de Luna, from Aguascalientes.

The other cyclists eligible for Tokyo, Ignacio Sarabia and Ignacio Parado, despite having a great team that worked for them, could only be awarded places 4 and 5, respectively. As a detail, it must be said that Eder Frayre raced alone, without a team.

Eder Frayde thus became the sixth athlete from Baja California to qualify for the Olympic Games by winning the route with an official time of 5: 05.09 guaranteed. He joins the names of Luis Álvarez, Alexa Moreno, Daniel Corrarl, Diego Cervantes and Aremi Fuentes.

Five years ago Freyre was on the verge of qualifying for the 2016 Rio de Janeiro Olympic Games, but due to mechanical defects he was left out, something that he will be able to claim in the Olympic contest that will be played from June 23 to July 8.

In the sub-23 category, it was a pleasant surprise that the two representatives from Guanajuato reached the podium with a 1-2. The first Carlos Santiago Rojas and the second Salvador Castro. They are both looking to be selected for the Youth Pan American Games and for the Pan American Championship in Panama.