Eduardo Sepúlveda is a new signing of Lotto Dstny for 2023 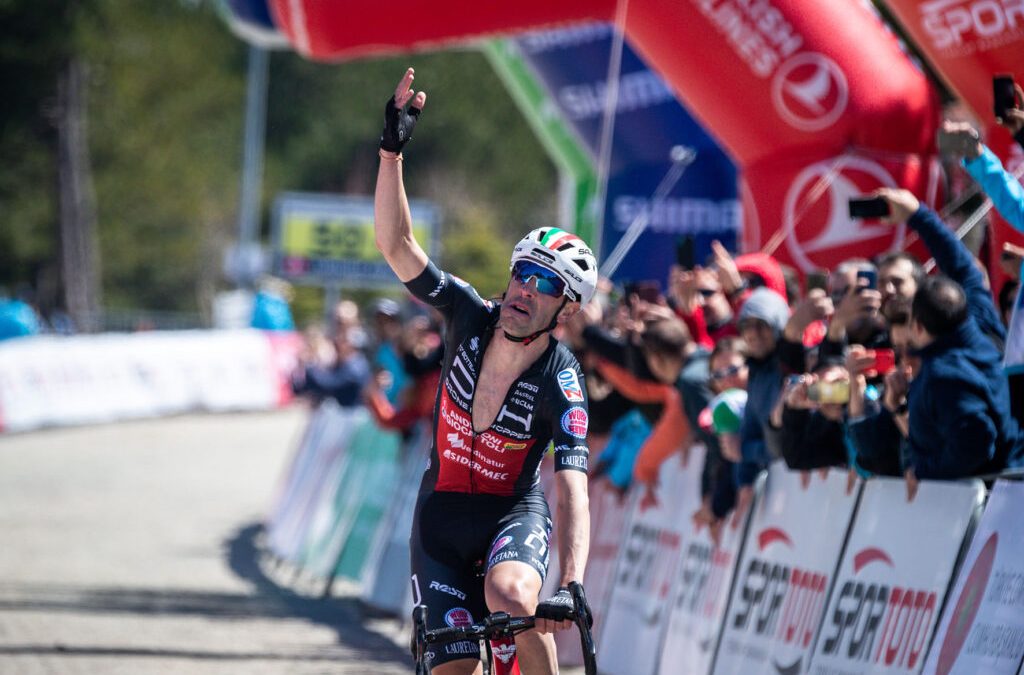 After weeks of uncertainty -in which he even offered himself on Twitter, announcing that he was looking for a new team when he learned that Androni Giocattoli would not continue in the Drone Hopper-, the Argentine Eduardo Sepúlveda, 31, has found a place in the Lotto Dstny, with which he has signed for 2023.

The Belgian team -which from next year will be ProTeam- has also announced the signing of the German Johannes Adamietz -24 years old and from the continental Saris Rouvy Sauerland Team-, although in this case he has signed for two seasons. “These two riders will give our team more depth in mountain races,” explains sports director Kurt Van de Wouwer.

More experience has been accumulated by the Argentine climber Eduardo Sepúlveda, 31, after ten seasons as a professional, three of them in the WorldTeam with the Movistar Team, where he raced between 2018 and 2020.

The last two seasons they have played in the Drone Hopper – Androni Giocattoli, a team with which last April he signed his fourth victory as a professional, in the queen stage of a Tour of Turkey that finished third, after Patrick Bevin and Jay Vine. And he finished the season strongly with a seventh overall at the Tour of Langkawi.

“I am very motivated to be part of Lotto-Dstny,” said the Argentine. “This team has a beautiful history. It will be my first time in a Belgian team and I am really looking forward to meeting everyone. I am ready to help my teammates achieve good results and fight for victory myself.”

Sports director Kurt Van de Wouwer is enthusiastic about the last two reinforcements for the team for 2023. “These two cyclists will give our team more body in races with many meters of unevenness. They may not be the two most striking names, but they more than deserve their place in our team.

“Sepúlveda has a lot of experience and is very ambitious to obtain results in difficult races. He also knows what it means to work for a leader. For his part, Adamietz has stood out as a continental cyclist among professionals. We believe that he can still improve and grow, and contribute to the team ”.