Egan Bernal and Richard Carapaz, nominated for the 2021 Golden Bicycle 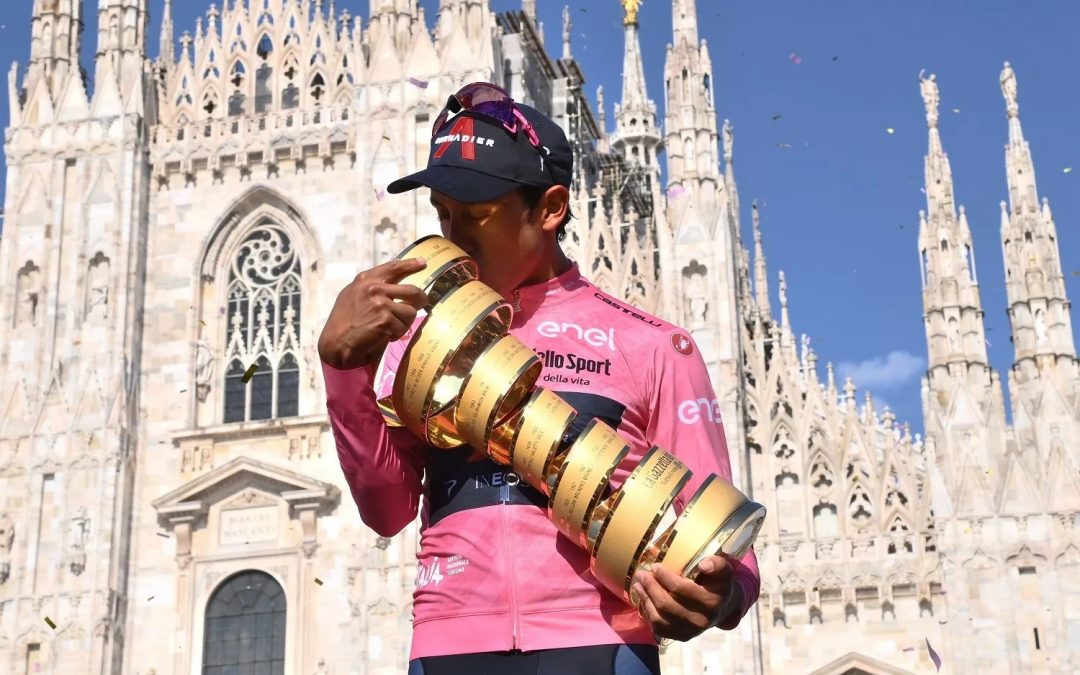 Vélo Magazine, as it has been doing every year since 1992, will award the Golden Bicycle to the most outstanding rider from a list that includes the great protagonists of the current campaign, including two Latin Americans: Egan Bernal and Richard Carapaz.

The winner of the Giro d’Italia, Colombian Egan Bernal, appears in the group of 12 riders chosen to receive the award that accredits the best cyclist of the season, in which he also finished sixth in the Vuelta a España.

The list of applicants also includes the Olympic road champion, the Ecuadorian Richard Carapaz, who was also third in the Tour de France and first in the Tour of Switzerland, among other relevant awards this 2021.

Among the candidates for the prestigious title of Golden Bicycle also appear the Slovenians Tadej Pogacar and Primoz Roglic, winners of the Tour de France and Vuelta a España respectively, and the French Julian Alaphlippe, double World Champion, among others.

In the women’s section, they included the Dutch Movistar Annemiek Van Vleuten as the top favorite, number one in the world in the road ranking.

The group is completed by Harrie Lavreysen (NETHERLANDS – Track), a great figure from the first stop of the UCI Track Champions League; Wout Van Aert (BELGIUM, Jumbo-Visma), winner of the 2021 Tour of Britain; and Mathieu van der Poel (NETHERLANDS, Alpecin-Fenix), one of the most prominent in the Tour de France 2021.