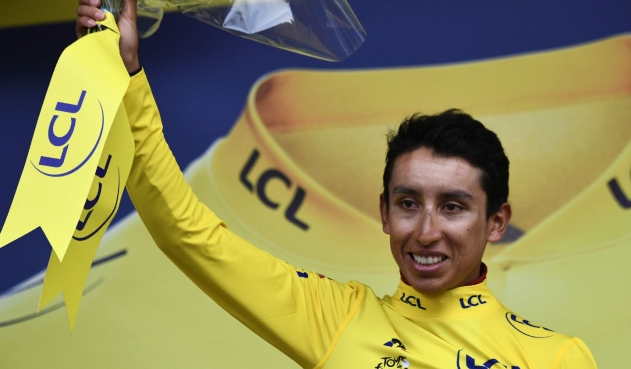 PARIS. Egan Bernal became this Sunday (28.07.2019) the first Colombian cyclist to conquer the Tour de France, after the dispute of the 21st and final stage, in which the Australian Caleb Ewan won in the traditional arrival at the Champs Elysées of Paris.

The 22-year-old Colombian, from the Ineos team, finished in the final general classification ahead of his training partner Geraint Thomas, Tour champion last year and now second, and Dutchman Steven Kruijswijk (Jumbo), who was third.

The euphoria of all Colombia for the first yellow jersey on the tour signed by his new hero, moved to the Champs Elysees of Paris, at dusk, to greet the entrance of a promise called to mark an era in international cycling.

A final 121-kilometer process between Rambouillet and Paris was missing for Bernal to get on the podium to listen excitedly to the Colombian anthem. After a little more than 3 hours of travel as a tribute, in which the toast with champagne on the bicycle was not lacking, the tour champion woke up from a real dream: he had become the first Colombian and Latin American to win the Tour from France

“It’s amazing, I don’t know what to say. I won the Tour, but I still don’t believe it. I need a couple of days to assimilate this. I saw my family and just wanted to hug them. It’s a happiness I can’t describe,” Bernal said.

As soon as Bernal entered the finish line, his parents, his brother, just landed from Colombia, and his girlfriend Xiomara were waiting for him. (dw.com)