Egan Bernal continues his season on the Deutschland Tour 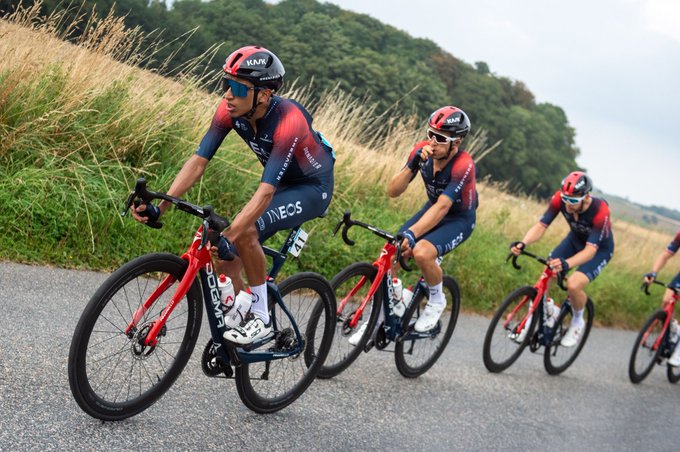 The Ineos Grenadiers revealed the roster with which they will face the Deutschland Tour (Tour of Germany). Among those chosen is the Colombian Egan Bernal, who reappeared in Denmark after several months of recovery after his terrible accident on the roads of Cundinamarca.

Along with the beetle will be the Italian Filippo Ganna, the German Kim Heiduk, the Belgian Laurens De Plus and the British Ben Tulett and Adam Yates. The five-day Teutonic cycling event begins this Wednesday, August 24. After a prologue in Weimar, which continues with four more stages on the program until Sunday August 28, where the race ends with a winding route between Schiltach and Stuttgart.

But not all that there, the British squad has a full agenda for the winner of the 2021 Giro d’Italia. The Zipaquirá runner will then go to transalpine lands to make an Italian triptych in September.

And if all goes well, his cycling calendar would close with the Tour of Croatia and the last monument of the year, Il Lombardia in October, which would be the first World Tour race for the “beetle” since his return to the peloton.