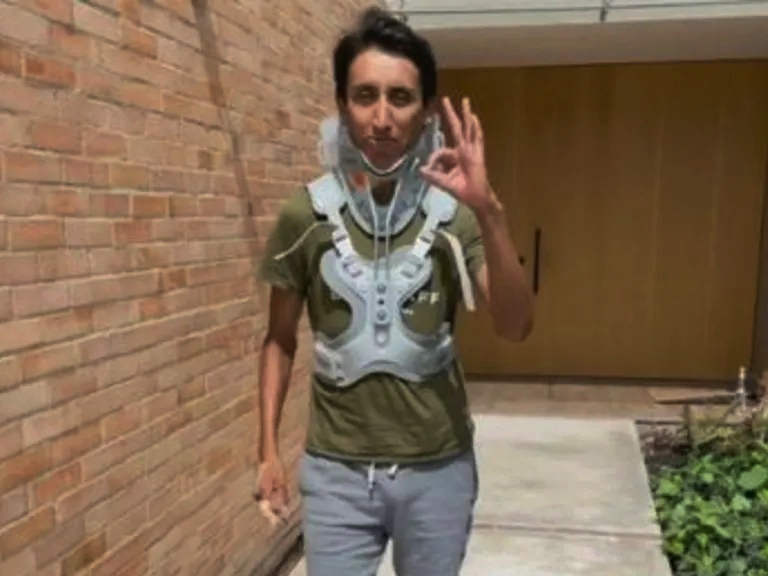 Barely 18 days have passed since the terrible crash of him at more than 60km / h against a bus and the Colombian Ineos cyclist can now walk without help or external support, as shown by this hopeful video published by the Twitter account of @ Noticclismo1 .

After undergoing several operations during almost two weeks of great uncertainty, Bernal was discharged from the hospital just over 72 hours ago to begin his rehabilitation on an outpatient basis.

The medical part explained that Egan “does not present complications and all his injuries are stable and in the process of recovery.” The 2019 Tour de France champion himself said on social media that he had “almost 20 broken bones” after the accident in which he almost lost his life.

Bernal surprised everyone by sharing a video on social media of him walking slowly. Although with difficulty, the champion of the Tour de France and the Giro d’Italia, he managed to take several steps in a row, demonstrating the successes in the recovery process of him.

“Surprise. My first steps” wrote the 25-year-old athlete. Immediately, the comments came with voices of encouragement and praise. In this way, day by day, new and good news is revealed in the evolution of the leader of the Ineos Grenadiers.

After his departure from the Clínica de la Sabana, the cyclist himself has taken it upon himself to update his health status. These are the first images of the Colombian rider in his recovery process from home, after being discharged on February 6 after undergoing five surgeries and spending several days in Intensive Care.